Beginners Guide: How to Use Oggl

Oggl was released by Hipstamatic last year and it has to be said it is one of my favourite go to apps of choice.  For me it sets itself apart from the native Hipstamatic app thanks to its simple and contemporary interface design, the ability to import photos from your camera roll, and the ability to change the film and lens combinations long after you have taken your photograph. It also benefits from an Instagram style community sharing platform. 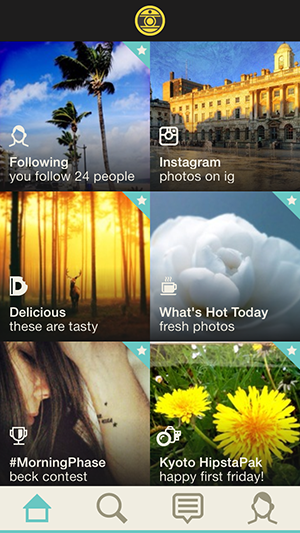 Like many apps it can take a short while to find your way around so to help those who are new to Oggl I’ll outline how to use Oggl and the main features of the app to help get you started with this addictive app as quickly as possible.

Oggl opens pretty quick and displays a nice contemporary designed splash page. The home screen then loads and displays a pictorial feed of your social media accounts such as Instagram and Twitter. Personally I find this new addition to the app a bit annoying as it just adds an extra step to get past before I can start shooting. I have missed several quick, last minute shots because of it.

Tapping the little yellow icon at the top will launch the camera screen.

How to take a photograph with Oggl

Taking a photograph with Oggl couldn’t be easier. The camera screen has a simple and stylish layout, with the main area of the screen being given up to the large viewfinder. Above this viewfinder there are some small icons that select the front or rear facing camera as well as the flash. At the bottom of the screen are the buttons to access the gallery, the shop and a big yellow button to activate the shutter release.

To focus and set exposure for your scene, press and drag the centre point around the screen, before composing your shot and pressing the shutter release button. The shutter is activated when you release your finger from the button, not when you press it. It’s worth remembering this as it’ll help to reduce camera shake.

In good light Oggl responds well however I’ve found it to be sluggish in low light conditions and can suffer from a delay in the shutter release. As long as you play to its strengths and capabilities then it is a fantastic app. That said you can create some interesting effects when used in low light conditions. 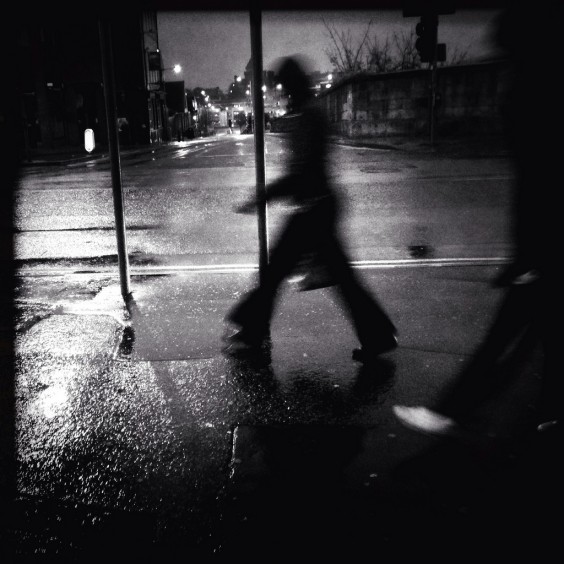 How to change the film/lens combinations

The reason Hipstamatic is so popular is down to its filters and the look and feel that these film and lens combinations give. With Hipstamatic you have to choose your film and lens before you take your photograph. With Oggl you can make this choice either before or after. This flexibility to make your selection afterwards is one of the main reasons Oggl appeals to me over the native Hipstamatic app. It gives me the option of experimenting and for those who are new to the app it is a great way to explore the many different combinations that are on offer.

Film/Lens options can be selected prior to taking your shot from the band of small icons above the shutter release button. In manual mode the top row displays the lens options, the bottom row the film options. By default you get access to a small selection of superb film and lens combinations but by subscribing you get unlimited access to all the Hipstamatic film and lens options. With the native Hipstamatic app you have to buy these individually. Another plus for Oggl.

To select a film lens combo simply swipe left or right until you are happy.

For me, it’s this ability of being able to play about with the different combinations that gives Oggl the edge over the native Hipstamatic app. However there are many Hipstamatic fans that prefer to make their choice of film and lens combinations before taking their shot. Which is more akin to the approach you would take when shooting with traditional film.

In the early days of Oggl, one of the biggest gripes people had was the inability to import photos from your camera roll. A later update fixed this which now means you can import photos taken in other apps and give them the Hipstamatic treatment. This makes the app so much more flexible and appealing.

To import photos from your camera roll, go to the gallery, then tap the big yellow + in the top left of the gallery to nails. This will open up your camera roll. Scroll through and select the photos to import, then tap import photo button. Once imported into the oggl editor you can drag the image about to crop it to the 1:1 square format, select your film and lens choice, then save. 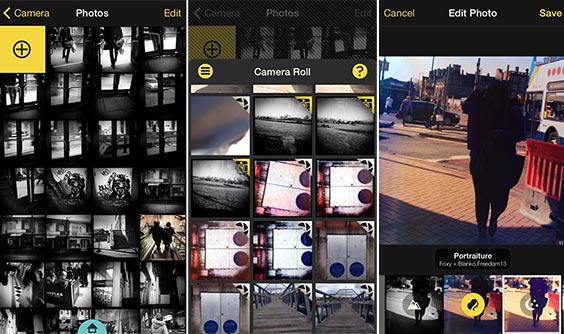 Photo sharing and social media are a massive part of what drives the mobile photography movement. Oggl does not fail in this department.

Once part of the Oggl community you can also follow other members, like and curate their photos into your own galleries.

To share your photos on Oggl, tap the share icon from the selected photo in the gallery. This will pop up a funky looking circle of social channels. Simply tap the networks you want to share on, give your photo a caption and then tap the big yellow share button. 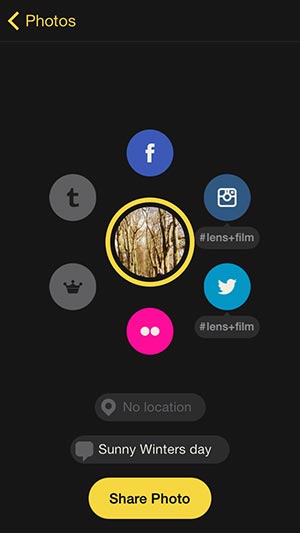 So what are you waiting for?

Thanks to its contemporary design and simple layout, Oggl has a quality feel about it. The app comes with everything that is much loved about the native Hipstamatic app but with a nice degree of flexibility and social sharing which offers a fun and flexible user experience.

Oggl has been likened as an Instagram wannabe but what I like about Oggl is the community of serious photographers that use it. There seems to be a lot less of the pouting selfies and celebrities jumping on the self promotional, look at me bandwagon.

If you are looking for a fun and easy to use app that offers flexibility and choice of the filters that you can apply to your photographs then I highly recommend you check Oggl out.

Oggl is available for iOS devices in the Apple iTunes Store or for Windows Phone Users. Oggl is free to download but membership to get access to a wider range of add on’s costs £1.99 for 3 months or £6.99 for 1 years membership. In my view it is well worth it.