10 Stunning Examples of Winter Photography Taken with a Smartphone

Welcome to the first Flickr Group showcase of 2015. At this wintery time of year I thought it would be appropriate for this week’s theme to focus on winter photography.

From Wayne Greer’s white out snow scene to the vibrantly coloured sunrise of James Green’s final photo in his 365 project, the images in this showcase illustrates beautifully how to make use of the atmospheric presence of snow and frost in a landscape. 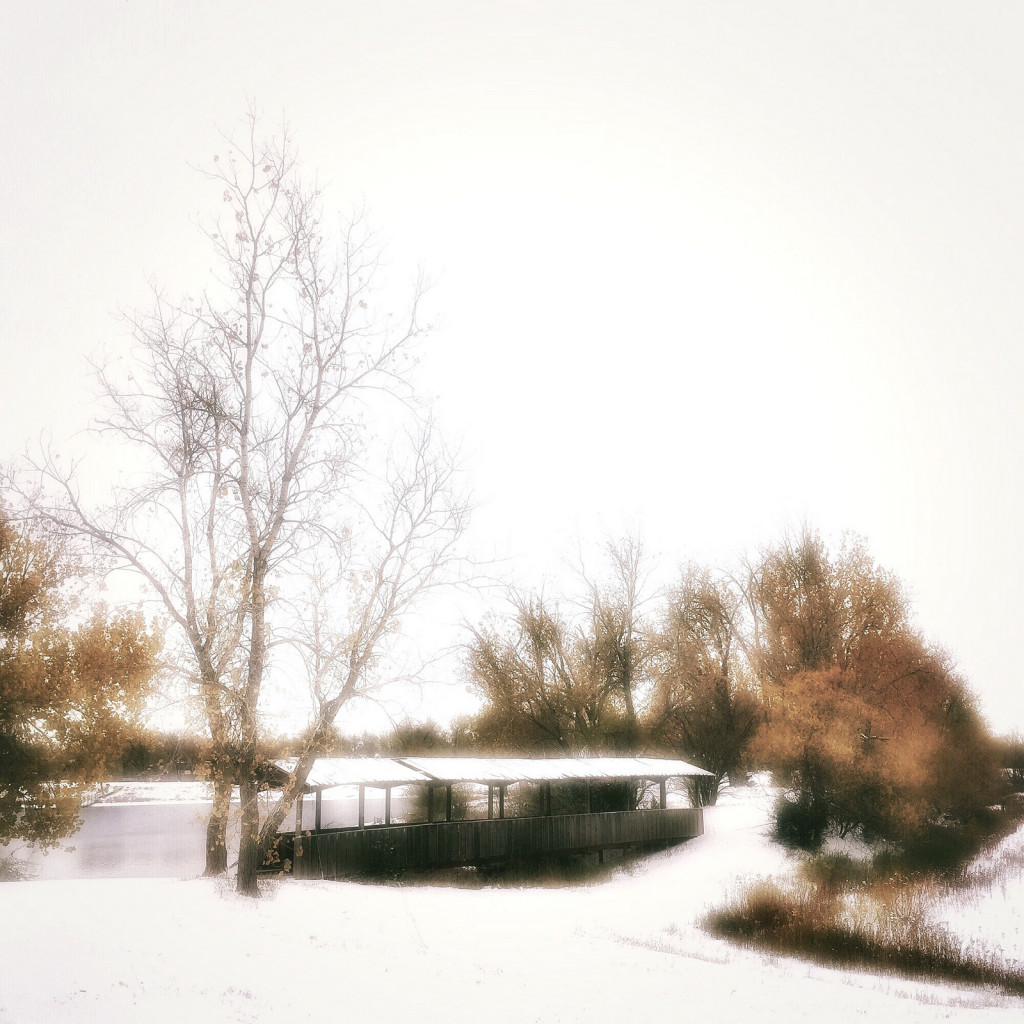 ‘Late autumn , early snow.‘ by Wayne Greer – “This was the first snow here in Kansas. This a park very close to my house. It had just stopped snowing when I took this. I liked the way the fresh snow and overcast sky made the fall foliage pop. In fact I desaturated just a little so it wouldn’t look fake. What really drew me in though, was the way a line was drawn through the white. It almost looked calligraphy to me. It was a simple edit , using Snapseed and Handy Photo.” 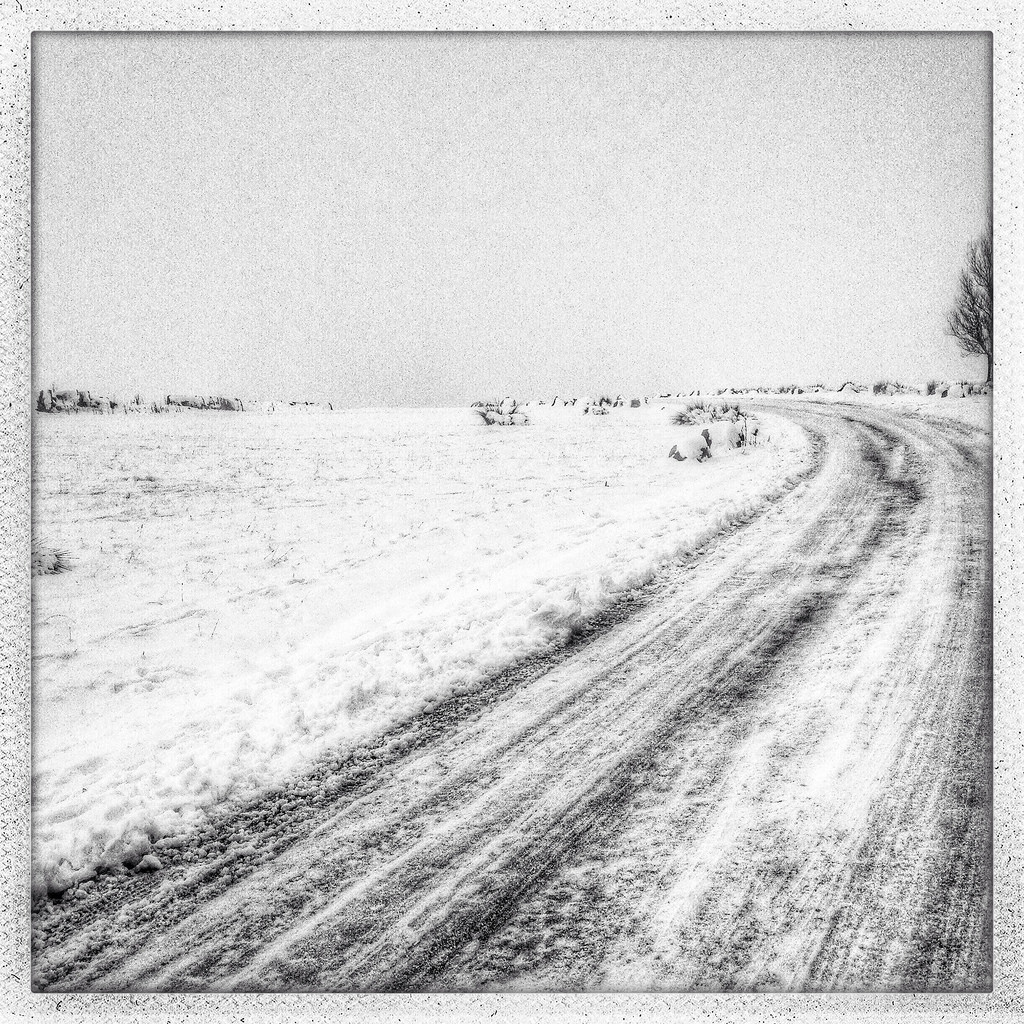 ‘363/365. Snow Snow‘ by James Green – “Snow Snow was taken on a walk at Grin Low in Derbyshire. I was just heading back to my van when the cloud closed in on me and all I could see around me was snow and white cloud. So I had to take a picture of this barren artic scene for my 365 project. I was using Hipstamatic with the Lowy lens and Ina’s 82 film I then converted it to black and white in Snapseed.” 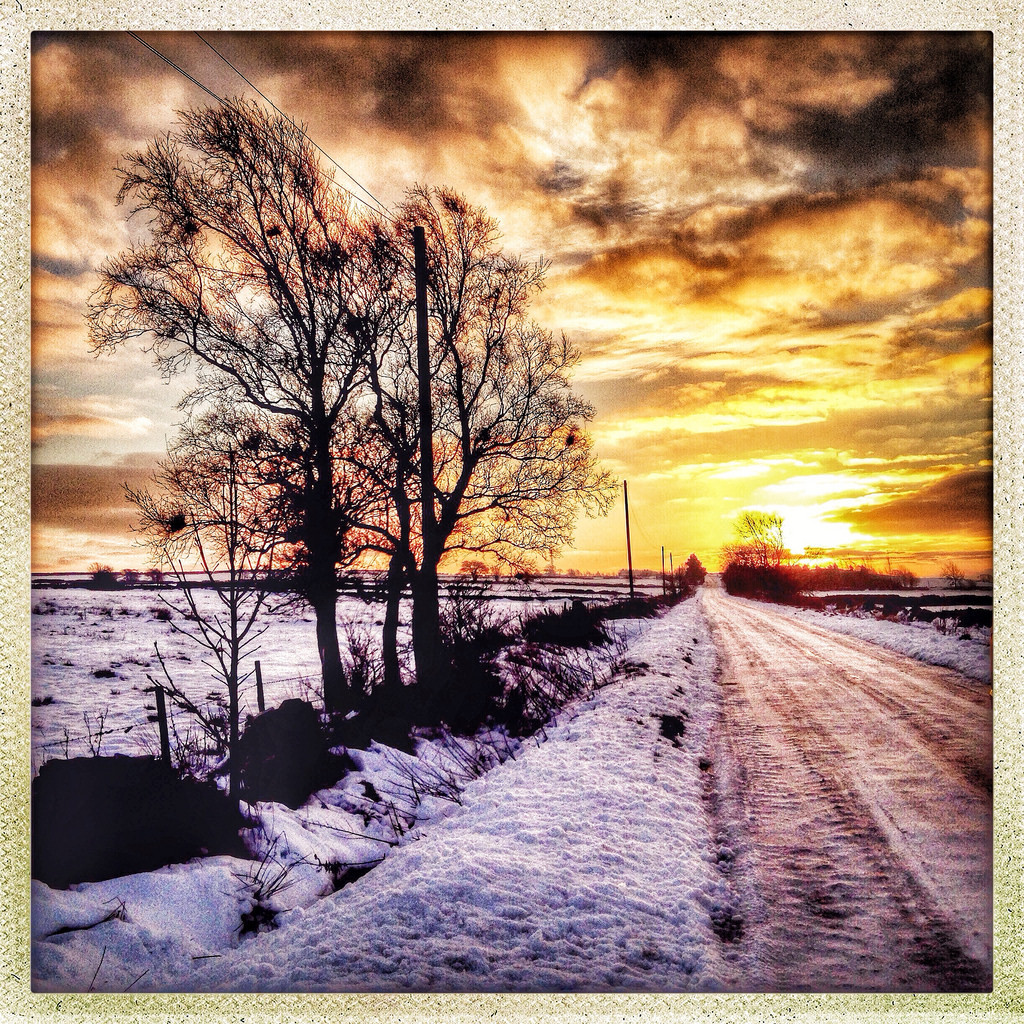 ‘365/365. Winter Sunrise….‘ by James Green – “Winter Sunrise was taken on a road up in the Peak District after my sat nav took me down a very snowy and icey road and the sunrise behind me just kept on getting better so I had to stop and take a photo of this beautiful snowy scene, which also was my last photo for my 365 project. It was taken on Hipstamatic using the Lowy lens and Ina’s 82 film I then processed in Snapseed.” 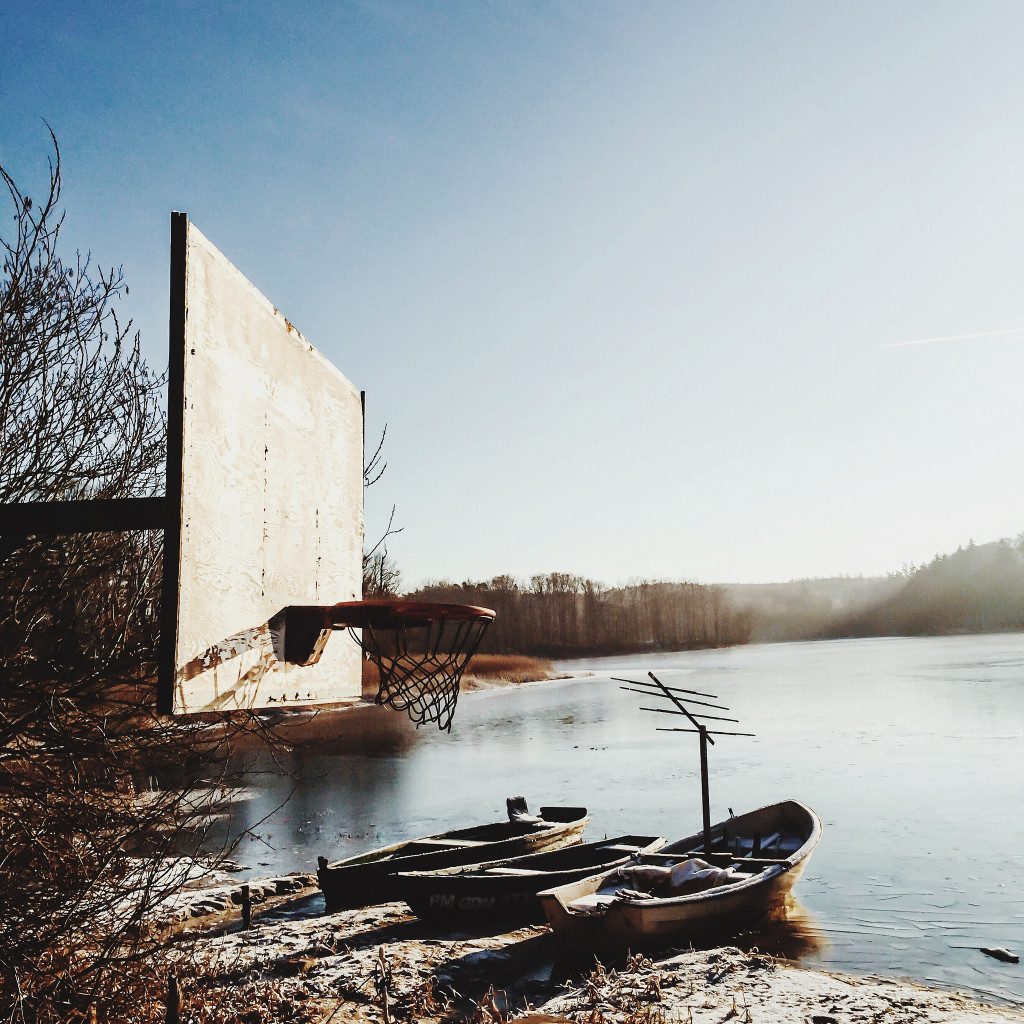 ‘Untitled‘ by Waldemar B?a?ej Nowak – “This photo was taken with my iPhone 6 in Gdansk / Poland, and was edited with VSCOcam with the M5 preset. I want to show the contrast between summer and winter lake.”

‘#mmmdatfog Seabeck, WA‘ by Jessica Andrews – “This particular morning, there had been a thick frost on the ground, heavy fog in the air, and the pond shown in the photo had frozen over. It was an irresistible combination! So, my dog Murphy and I went down to have a look. No real set up other than having the camera ready to capture him checking out the frozen pond. The photo was taken with the iPhone5s native. Only edit was to crop and edit in VSCOcam preset A1 at +8 strength. ” 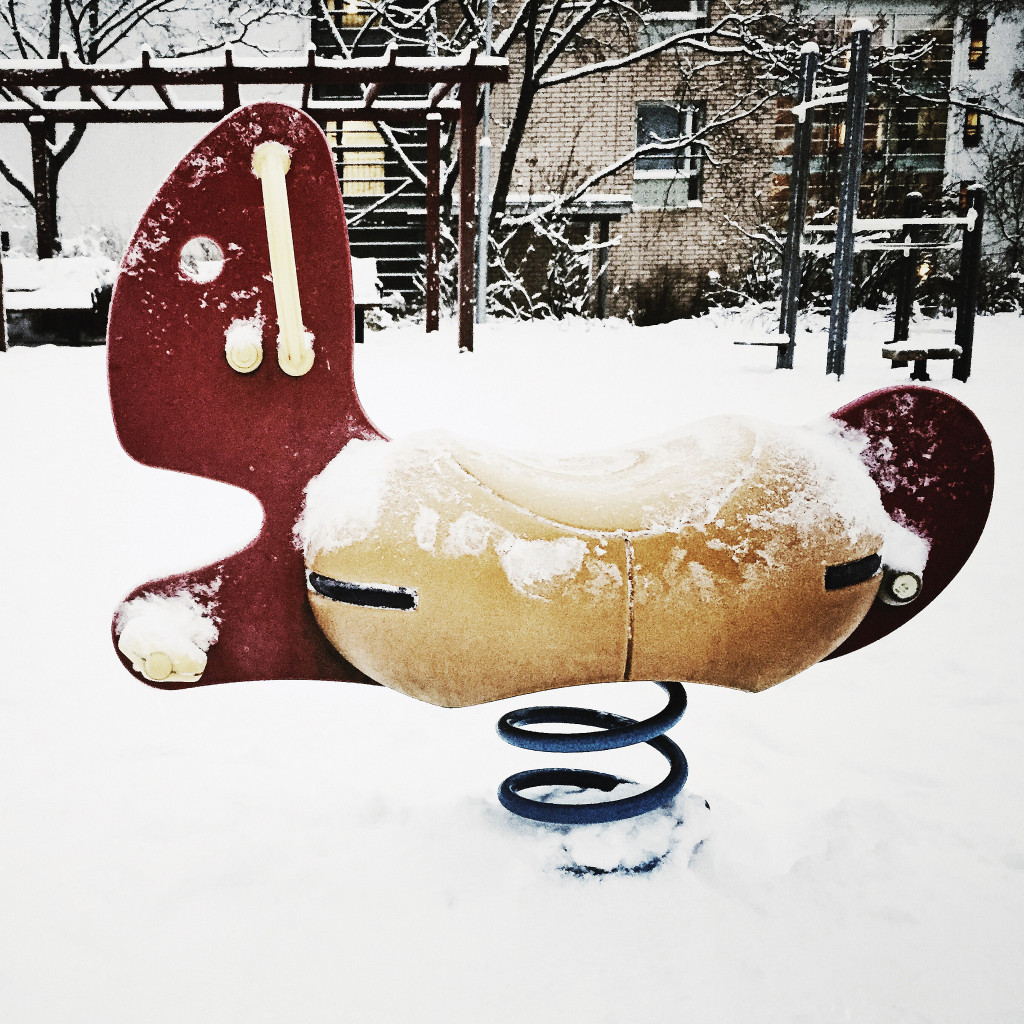 ‘7-365‘ by Nena Laine – “I started a 365 photo project last week and try to see mundane everyday objects with a photographer’s eye.

The original photo was shot on my daily walk from work to home through a playground with an iPhone 6 native app. Editing was done in iPad; basic adjustment in Snapseed Tune image module, then saving. Still in Snapseed a vintage filter was added, then the filtered photo saved. In CameraBag the unfiltered saved version was adjusted with Portofino style, then the two filtered versions were blended in Image Blender in Overlay mode.” 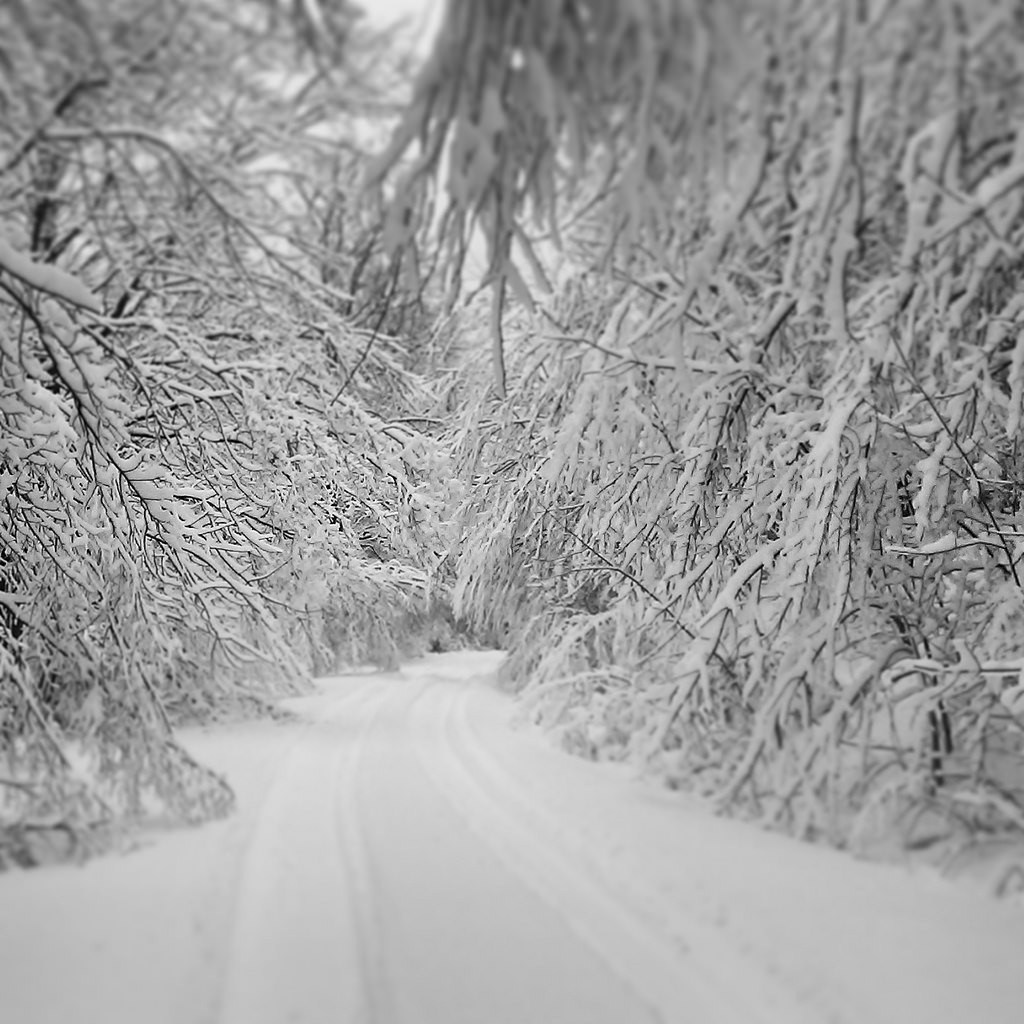 ‘Winter wonderland in upstate NY‘ by CJ Herring – “This photo brings back memories from the day it was shot. I took many pictures with my Android on this day. Most of them just went into the trash bin. They were either out of focus too much noise or I just plain didn’t like them. This was taken a few days after a major snow and ice storm in upstate New York. I actually had no idea just how beautiful it was out on this road. I travel this road year round and is shut down during the winter months. No motor vehicles are to drive the road between December and April but some still do. That’s why there is tire marks going through the “snow tunnel”. I however was on foot while taking this shot. To the naked eye I knew this shot was a photo opportunity waiting to happen. Shortly after taking this shot along with others the wind kicked up noticeably. The taller tree tops began to sway and creek. Within moments large branches could be herd crashing down in the woods just off the road. So my advice to anyone who goes out after a heavy snow storm like the one pictured here is to be careful and to know that any of the trees weighted down can come crashing down.” 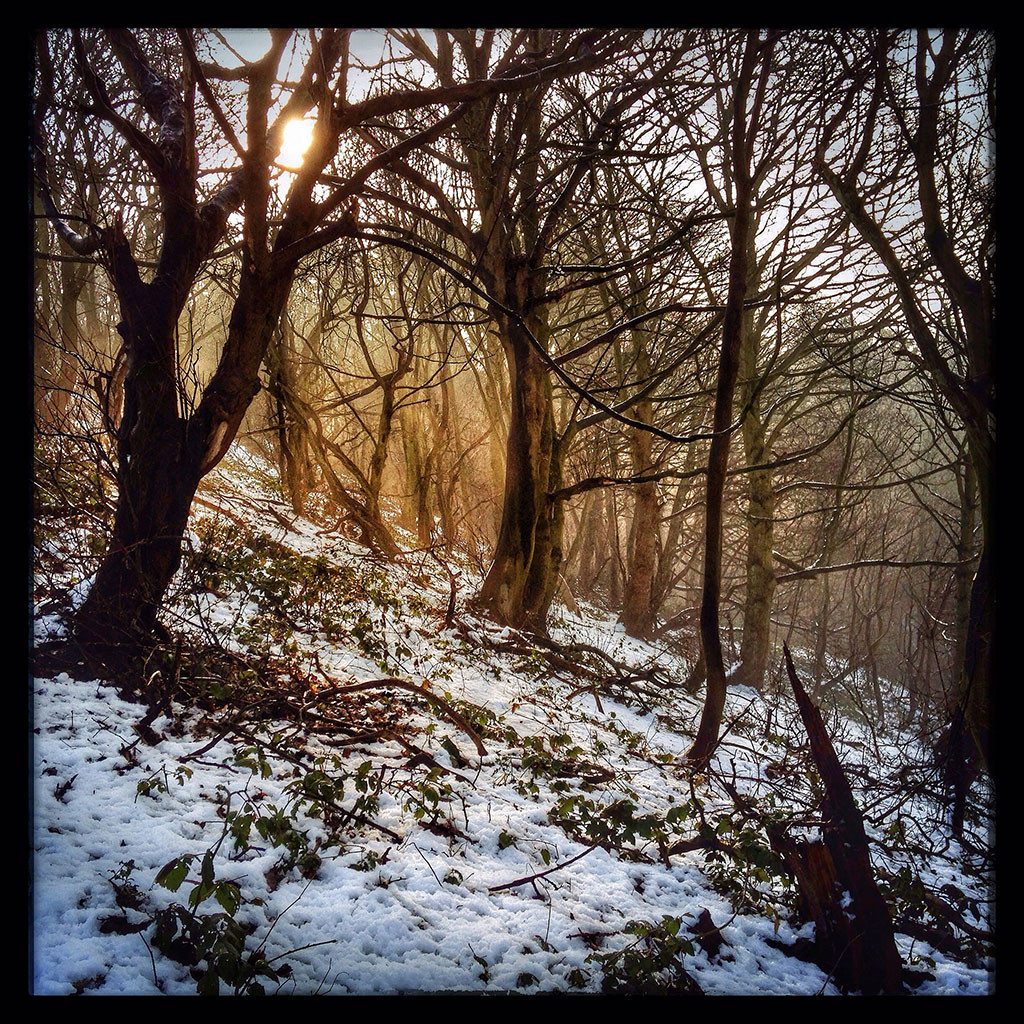 ‘Untitled‘ by Scott Simpson – “This photograph was taken whilst out on a walk over the Christmas holidays. It was shot with Hipstamatic on my iPhone 5 and edited in Snapseed.” 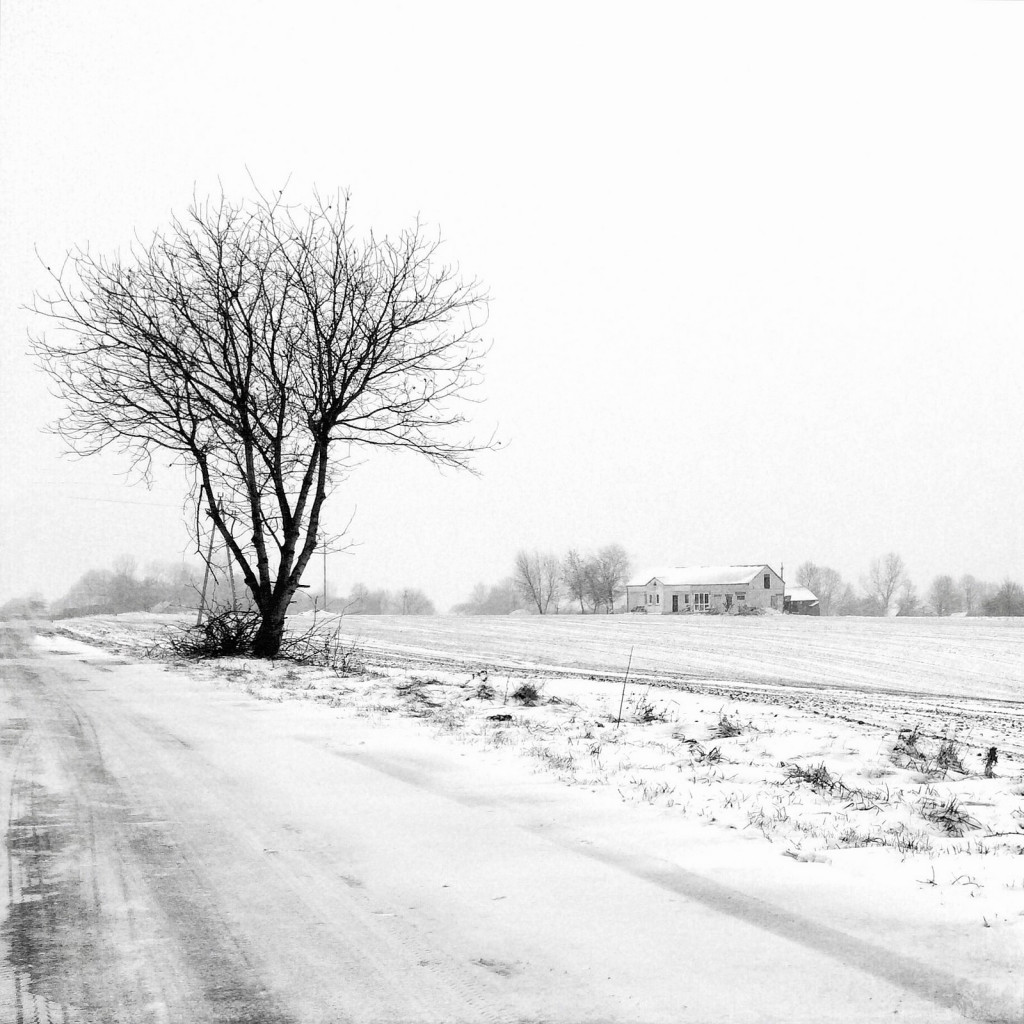 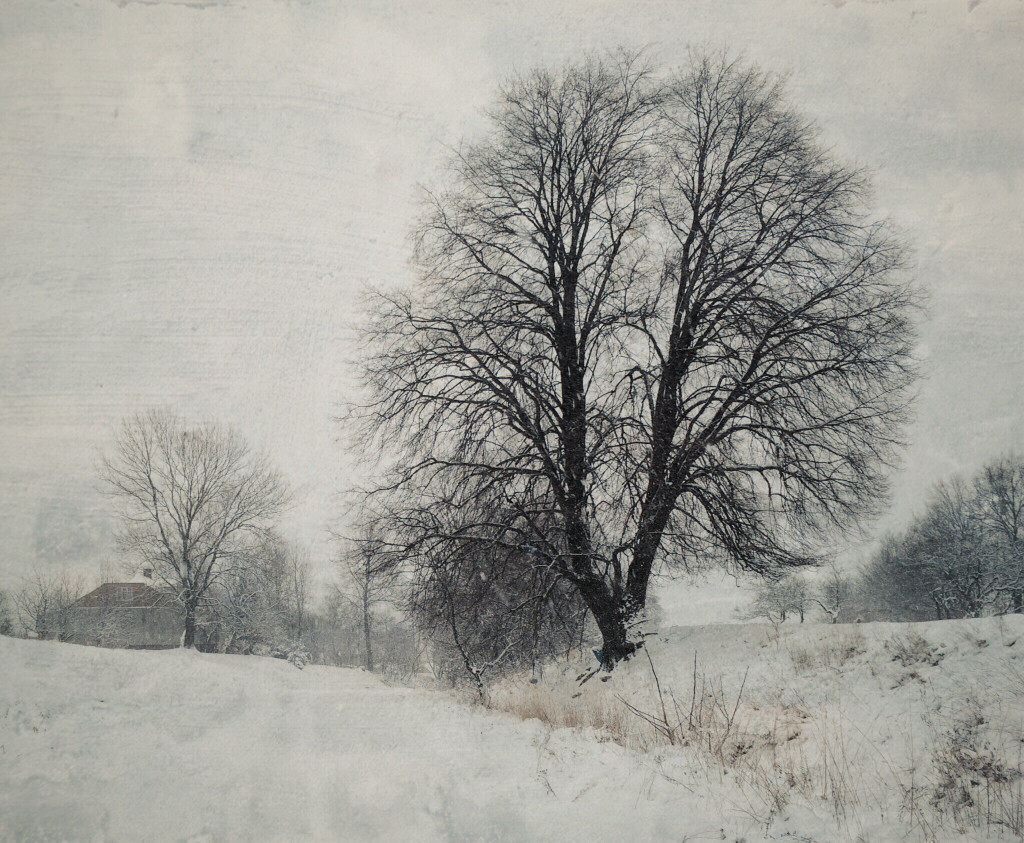