The theme of this week’s showcase of mobile photography features 10 photos that use symmetry in their compositions in order to create interesting photographs.

From Polylm use of perspective combines with the curves of a wooden roofing structure to raffamuffin and Bodzofficial use of reflection in glass, all photos in this weeks showcase show how effective symmetery can be in a photographs composition. Featured photographers this week include: slice_of_life, Nadine Funke, katieteix, Polylm, Valery Hache, Frank Kraft, Gary Hayes, raffamuffin, bodzofficial, Joel Worthington. 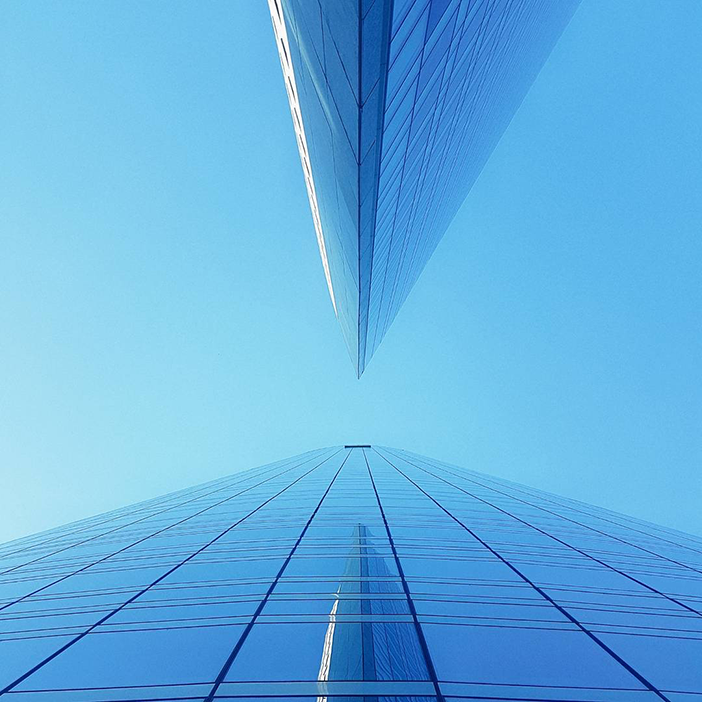 ‘Untitled‘ by slice_of_life – “My picture was taken at “La Defense”. It’s a financial district very close to Paris. In France, we haven’t a lot of skycrapers like America, this is the only and perfect place in Paris where I can take this kind of picture. I really like to walk in “La Defense” and admire those buildings.This day, I was looking for the perfect reflection and this building give it to me. No clouds in the sky, that’s was the perfect moment to get out my phone and take the the picture. Of course, I made few edit with “Snapseed” to get a best color. That’s why I called my picture: “Bleu vertigineux” (vertiginous blue).”

Big brother is watching you! 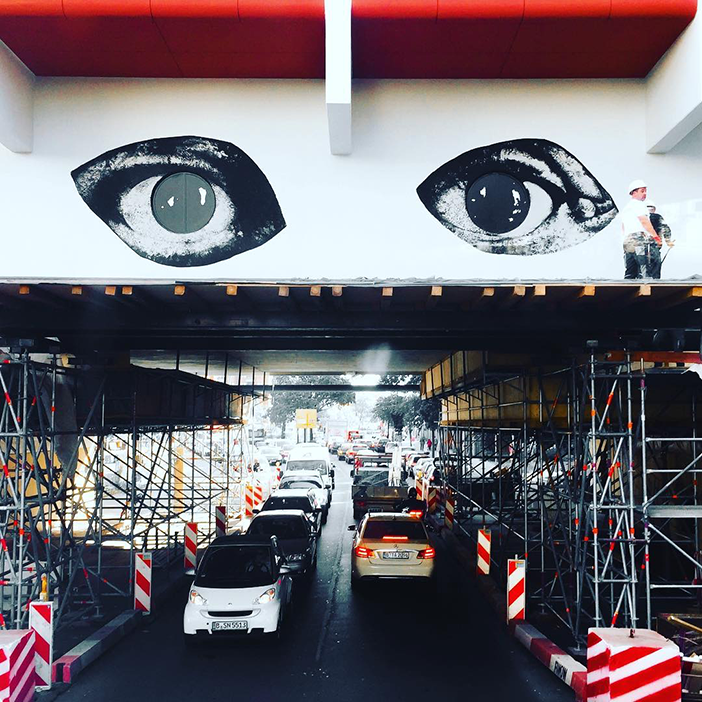 ‘Big brother is watching you!‘ by Nadine Funke – “I took it on a Monday morning on my way to work. I was sitting in a bus on the upper level and the bus needed to take a different route than normal due to an accident on the usual route. I was not really fond of that cause it would take me longer to get to work and of course there was traffic jam all over the streets, but then I saw the eyes and the workers and it made my day. Unfortunately I couldn’t get my phone out soon enough to photograph the guys in the middle of the eyes, this would have been even better. I edited the photo with “PS Express” and their orange filter, which is perfect to enhance red and orange colors of the photo. “

The Perfect All Day Spot 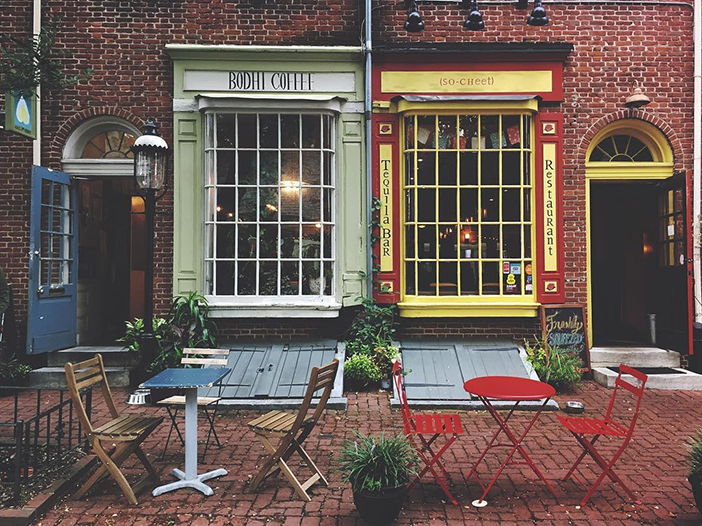 ‘The Perfect All Day Spot‘ by katieteix – “I’m always searching for the next shoot. Our recent trip to Philadelphia was no different. I found this perfect spot while walking towards Historic Philly. At the time of the shot, I was not aware of how perfectly split the image was. The quaintness caught my eye, and the outcome was more than I had planned on. Shot with my iPhone 6 with some slight editing in Mextures. “

‘Walking through history‘ by Polylm – “I was visiting Malia Minoan Palace an archaeological site of Malia. It was a huge building and part of the excavation is protected by this impressive wooden structure. This is a bridge allowing visitors to walk above the remains to get a better grasp on its extent.

The picture was shot with the iOS native camera. I’ve used Adobe Photoshop Express for fixing the base tones (clarity, contrast, exposure, shadows) then used Snapseed for details and finally VSCO cam with the A10 preset and few minor touches.” 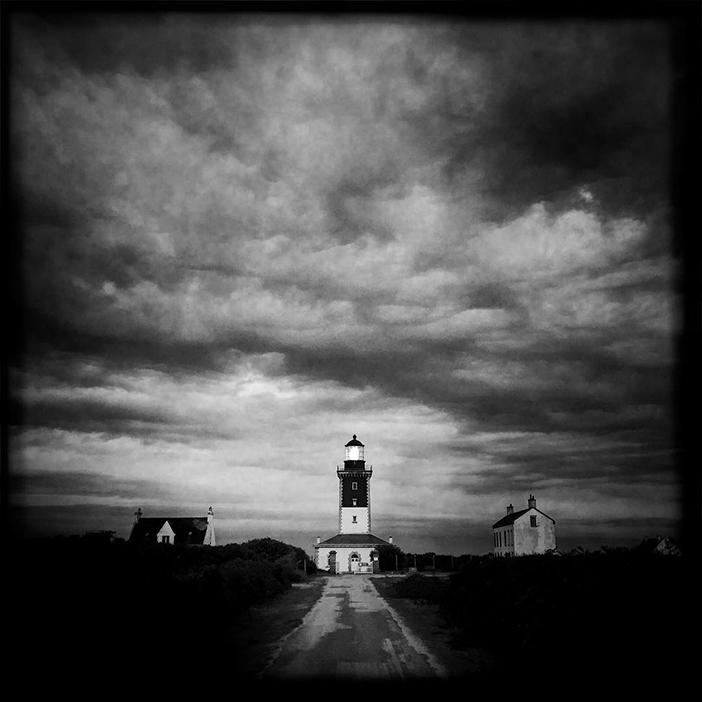 ‘Ile de Groix – Pen Men‘ by Valery Hache – “This photo was taken on October 4, 2016 on the Ile de Groix, western France. The name of lighthouse is Pen Men. The highest and most beautiful light of this island.
I was on the other side of the island of Groix when I saw that the sky darkened with thick dark clouds. I immediately decided to go to the lighthouse because I knew that the light would be dark with thick cloud. When I got there the lighthouse had just lit his lantern. The show was beautiful. I made some pictures and after night fell, leaving the lighthouse to sailors of the Atlantic.” 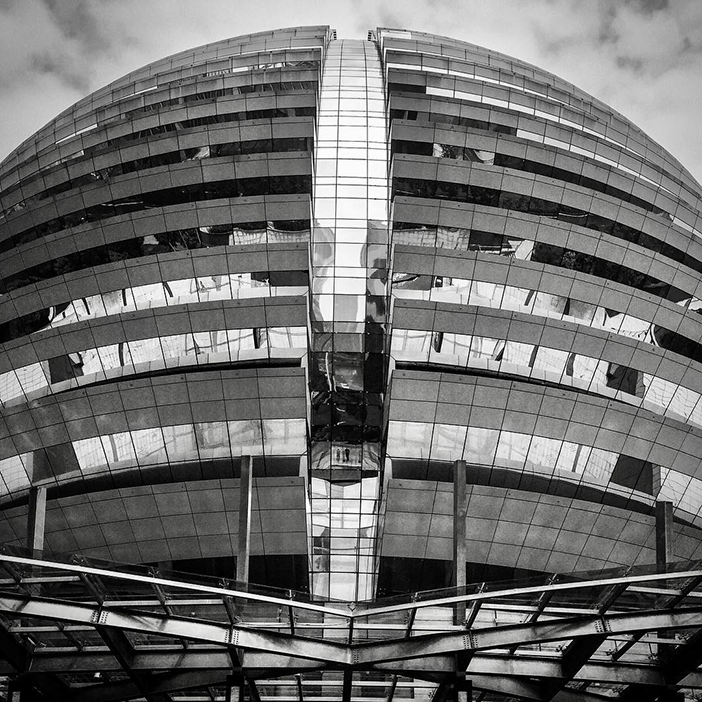 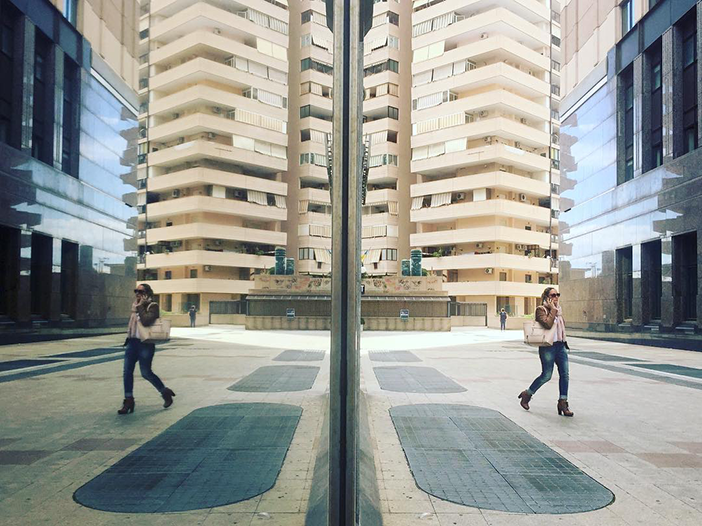 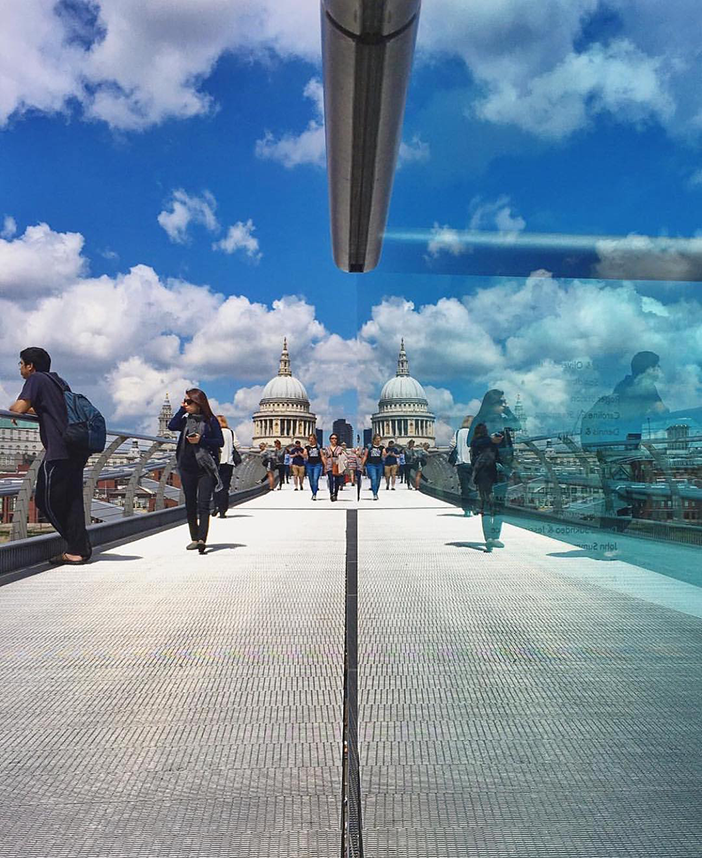 ‘Reflecting on Prayers‘ by bodzofficial 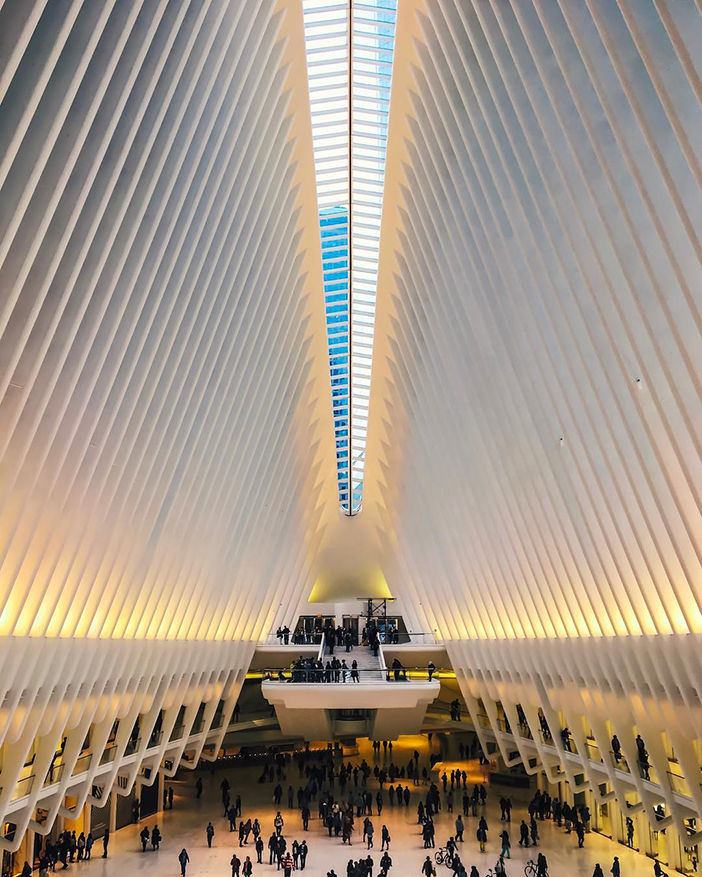 ‘A new classic‘ by Joel Worthington – “This photo is at the Oculus at the new World Trade Center in New York City. I had been eagerly anticipating going to this marvellous Santiago Calatrava designed building on our trip to NYC for a wedding. We ended up with a short window of time, so my wife and I had to hustle to see the highlights. I’ve seen some version of this shot a number of times now in my Instagram feed, and I wanted to put my own spin on it. The symmetry is out of this world – as is the vibe – it feels like you’ve set foot in the actual future. Most of the shots I’ve seen have left the impression that the interior is all white, and, maybe it is some of the time. When we were there, there was a yellow glow throughout, and I wanted to capture and accentuate that. I used both VSCO and Lightroom in post-processing to nail the symmetry, lighting effect, and scale.”