The Photo I Am Most Proud of: Alon Goldsmith

Every week I catch up with a mobile photographer and ask them about the photo they are most proud of. I hope to unearth a hidden gem, a photo that isn’t necessarily their best or most well known shot but one that they have a personal and emotional connection with more than any other they have taken.

For this week’s photo I am most proud of feature our chosen artist is Alon Goldsmith.

I first came across the work of Alon Goldsmith earlier this year with the magnificent portrait ‘Noa Lily‘ which, as well as being featured in a Capturing the Moment showase, was also the front cover of Issue 2 of the Mobiography digital magazine on the iPad and iPhone.

His photographic style captures a real sense of urban street life from the skateboarders performing their tricks in photos like ‘Defiance‘ to the quirky characters like the wonderful ‘Sneaker‘ or simple shots of walls garnished with the harsh patterns of shadows cast by the midday sun, my favourite being ‘Worth‘.

I love the energy in the photos he takes, the vibrant colours, the harsh shadows set within urban city locations and his knack of being able to convey a real sense of life in America, a true moment in time.

The Photo I Am Most Proud Of: Alon Goldsmith 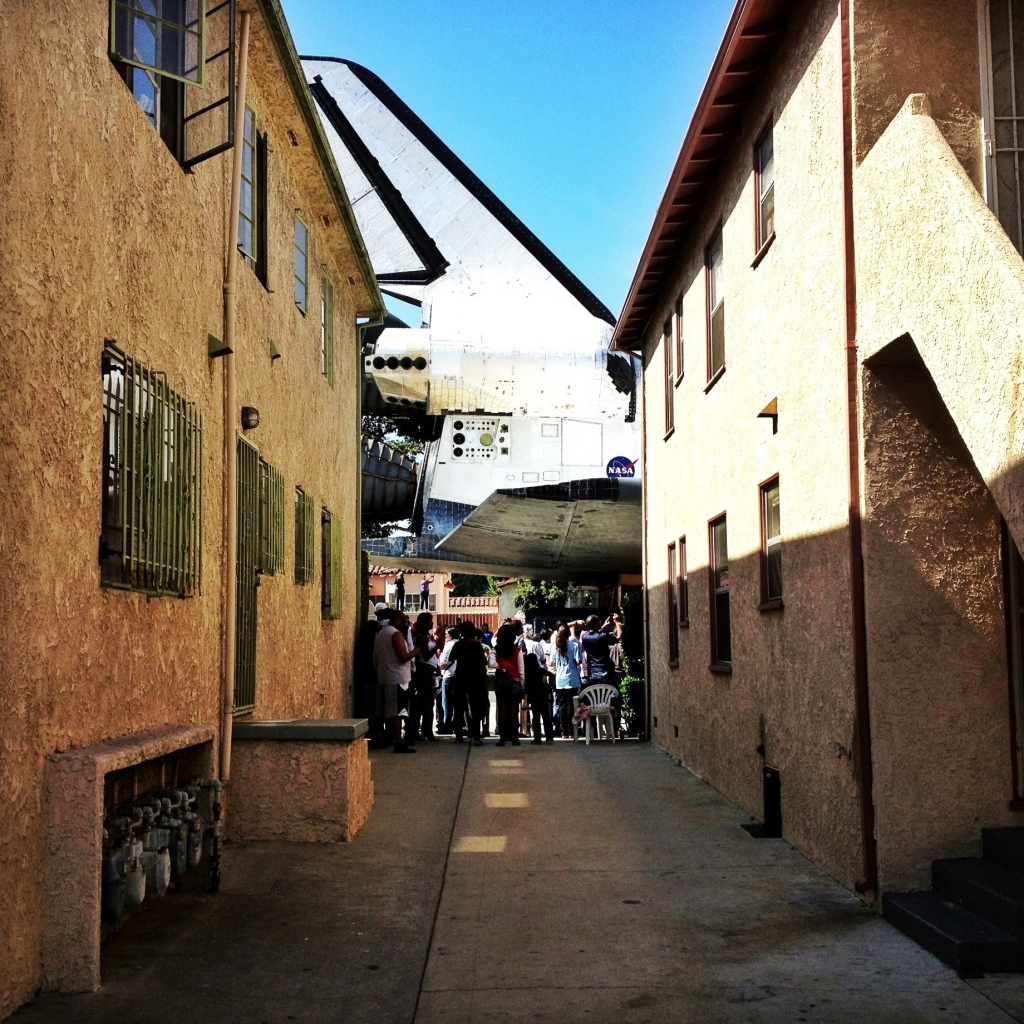 I woke up sick that morning, super bummed that I would not be able to witness Space Shuttle Endeavour making its way along 12 miles of LA streets from the airport to its final resting place in the California Science Center. About half way through the day, I could no longer take it. I got out of my sick bed and rode my trusty bike the ten miles to Inglewood where Endeavour was incongruously crawling along narrow streets.

Seeing the juggernaut for the first time, as I rounded a corner sent my flu into instant retreat. I parked my bike and tried to make it through the human mass gathered at the base of Endeavour. Frustrated, I instinctively ducked down an alley in an attempt to get around the crowd.

A man with a SLR sporting a monster lens spied me making my sneaky move and followed. Something made me turn around, and there was magnificent Endeavour with its tail blocking the entrance to the alley. I shot 3 or 4 pics before she inched forward, unfreezing that perfect moment. Needless to say, monster-camera man also made the shot, and he gave me a hearty thumbs-up. (The next day, an almost identical image to mine made the front page of the Los Angeles Times – just saying 🙂

It was a gift to be there that day. I got some fantastic images before my battery drained and I was left to experience the spectacle without the aid of technology. My iPhone 4 happened to be open on 6 X 6, so that’s the lucky app that got the shot. No postproduction was applied. Alley Endeavour made runner up in the JUXT Photo Journalism category of the 2013 Mobile Photography Awards.

So, here it is – the image I am most proud of – Alley Endeavour. No, not my usual Hipstamatic fuelled whimsy. Not someone demonstrating the curiousness of our species on Venice Boardwalk. Not some concrete warrior defying gravity on a board. This one, my friends, is an expression of my incredible good fortune to be present at the mother of all juxtapositions – Space Shuttle Endeavour Live in Los Angeles!