The theme for the last Mobiography smartphone photo challenge was ‘Adventure & Travel’. For this challenge the Mobiography community were asked to share their best mobile photos of reflections in puddles, raindrops on windows or umbrella filled streets. Here is a small selection of photos that were tagged for this challenge.

To enter the challenge simply start sharing your best images on the theme of ‘Symmetry’ that were taken and edited with a smartphone by using the hashtag #mobiography_challenge_88 on Instagram. 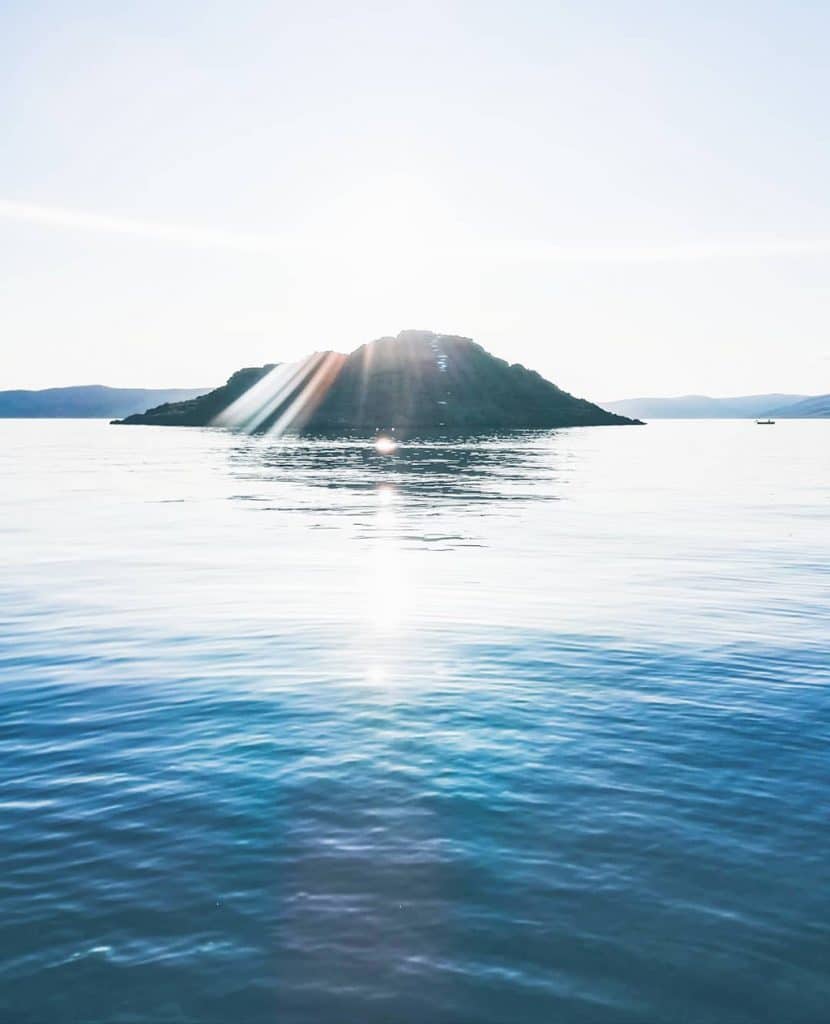 ‘Untitled‘ by @magdalena.szurek – “The inspiration for this photograph was the sun. breaking the rules of photography always brings results – photography taken “against the sun” hidden behind an island in the Adriatic Sea.”

One of the most beautiful sunset in my life

‘One of the most beautiful sunset in my life‘ by @youfollowm – “This was my first time on Gran Canaria Island (hopefully not the last one). Since I love photography I decided to get prepared well to my journey and studied a lot of beautiful places to be visited while I’m there. One of such places was Roque Nublo. To be honest, I did not expect a lot from this place but to my surprise, I was absolutely astonished when I saw this one of the most amazing sunsets in my life. Later on, I was said I was lucky with the weather not having any clouds.

It takes about 40 minutes of hiking to get there from the parking place. Every 2-3 minutes of walking the scene were changing and I was amazed by that beauty. One moment I thought this was it, I shall stop and take my time to fulfill myself with that beauty. But something inside was saying I shall keep move forward. And this voice was absolutely right. When I climbed the top of the mountain the sun was already going down. Quite a lot of people were sitting in silence enjoying this scenery and waiting for that miracle to happen.

When the sun came down the skies started getting pinky and there were only a few minutes to take these unforgettable pictures.

A lot of people were taking pictures and I have asked my friend to take one for me as well. This point (where I stand on the picture) was kind of a plate with the cliff beneath, It was a bit scary to go there, but I decided I need to overcome my fear and I did it. When I was standing over there the only wish I had is to remember this moment, my hands went up to hug the whole world and this is how this picture was taken. Now when I look at this picture I can’t even believe myself I was there.

I used Snapseed to adjust it a little bit. This pic was taken on iPhone XS Max.”

‘National express‘ by @ipiotrxs – “I took this photo on a bus to the airport. It happened when I was basically done with taking photos and I was not expecting any meaningful shots to take place. The sky was cloudy, the sun was somewhere above the clouds and it didn’t look like it was the best time to take any kind of photo. The weather outside was miserable as hell. I think i must have captured a brief moment of sunlight, a moment to take advantage of and I did. Some said this photo looked like a painting. I like this idea.

I had to work on shadows a bit and recover some highlights to show clouds. I also played a bit with sharpness and dehazed the milky glow from the light. It was taken with iPhone xs.”

‘Ribblehead Viaduct‘ by @sunflowerof21_365 – “This is a photo of my two friends walking alongside Ribblehead viaduct at the end of a long spontaneous walk up Whernside. Whernside is one of the Yorkshire Three Peaks and the highest mountain in the county. It was quite an adventure, during which we experienced all kinds of weather. Thankfully, we started and finished in sunshine.

For this shot, I held back a while and positioned myself to give some idea of the scale of the place. I tried to use the leading lines of the path, viaduct and horizon in an attempt to capture a sense of travel through the scene.

‘Sadhu in Rishikesh‘ by @zenlake – “The photo was taken in Rishikesh, India early this year. It was taken on a Galaxy Note 9, with the moment 58 mm lens and lightly edited in snapseed. In India there a photos waiting to be taken everywhere but you need to be quick when photographing people. The man in the photo is a Sadhu, a holy man or ascetic without home or family.”

‘Uluru‘ by @pennijam – “This photo was taken at Uluru in Central Australia (many know it by its previous name of Ayers Rock). I think for most Australians (and others as well) seeing Uluru is a magical experience – I could certainly feels its energy and mystery. It is also a photographer’s dream as it changes with the light. The term “red centre” is very fitting – the earth there is very red. This photo was taken with a iPhone7 and edited in Snapseed. ”

‘Viagem e aventura na veia….‘ by @renatobaer – “This photo represents the journey and adventure in the vein… in this climb we feel in the skin the strength of the four elements of nature. Reaching the top and with this view was indescribable.

It was an unforgettable experience.”

‘Untitled‘ by @michelleisinthewater – “I was on a 8 hours flight to Montreal from Munich and this little girl beside me was traveling by herself. Someone on the airline staff was supposed to take care of her but they were very busy. So I pitched in to help for the rest of the flight. She didn’t sleep for the whole flight except when we started the descent. Now on the runway, a few minutes after landing she was fast asleep in this position. Before waking her up I took a few moments to record the moment. I processed it minimally with my iPhone with the Afterlight app. ”

‘Untitled‘ by @robertmholman – “I saw an article on how to Superimpose two images together. I think it was on Youtube, but I’m not quite sure. The app was SuperimposeX. I thought it was very thought provoking so downloaded the App and had a go.

I tried many pairs of images but nothing looked right. Eventually, I took two images that I did not know what to do with, but they were nice enough images in themselves. So I tried them.

I added the birds (to add a mood) with the Enlight App.”

‘The Dolomites‘ by @allophile_ – “‘The Dolomites’ — for years, just saying the name of this region of northern Italy would get my mind wandering in an Alpine dreamscape. This summer, my wife and I finally got to spend some time in these mountains. On our first morning, we went up to the sunny wildlfowers and crags of Seceda, and by afternoon, storms came over Val Gardena, covering the meadows with hail… Just spectacular… I took this photo with my iPhoneX, native camera app, using Snapseed for a bit of exposure correction and slight vignette effect. ”

‘Maasai society‘ by @ushi.g – “This was taken during our recent trip to Africa. We visited a local Maasai village in Ngorongoro Conservation area in Tanzania. I was drawn to the vibrant colours of the villagers’ clothing against the dry and dusty landscape. A harsh life, indeed. Shot on iPhonexPlus – no additional processing ”

‘The road to Merweville‘ by @alice1280 – “We love to go on road trips and South Africa has many roads! This road is new to us and I think we saw about 5 cars the whole day. There was a herd of very friendly Angora goats though.

I got out of the car to take this picture. Normally I take them while we are driving but that often leads to unwanted reflections, and dead insect smears. No filters and very small adjustments in Instagram. The road to Merveville is worth the trip.”

Brew with a view

‘Brew with a view‘ by @s.belton_images

Talk to the hand

To enter the challenge simply start sharing your best images on the theme of ‘Symmetry’ that were taken and edited with a smartphone by using the hashtag #mobiography_challenge_88 on Instagram.