The theme of last week’s Mobiography Photo Challenge was ‘Autumn’, which was inspired by the changing colours of the trees and the landscape at the moment. The photos featured this week illustrate how different photographers have approached the subject. Some like @fotopawelolsztyn, @Mikemantx and Sabine Gromek and captured the atmospheric conditions this time of year. Meanwhile other photographers have approached the subject by photographing the fauna and flora in isolation as still life’s.

This week the theme for the next photo challenge will be ‘Blue’. For this challenge think about sharing your best mobile photos that capture the colour blue in all it’s glory. Think about the deep blue sea, gorgeous blue skies, or vibrantly colour buildings.

To enter the challenge simply start sharing your best images on the theme of ‘Blue’ that were taken and edited with a smartphone by using the hashtag #mobiography_challenge_45 on Instagram.

‘Contemplation‘ by Carol Haynes – “The original photo was captured on a bright sunny day when I was probably just enjoying a cup of coffee outside. Not much to it really. I don’t even remember capturing it to be honest but, a few weeks ago, it caught my eye again. I liked the shape of the leaf and the reflection on the glass tabletop. My editing choices were inspired by other low key photos I have seen recently with a black background.

Photographed and edited on Samsung Galaxy S7 (no flash, no tripod, no additional lense). Edited with Snapseed and tweaked in EyeEm. I never remember the exact steps I use but I do tend to do the same things initially: staighten/rotate and auto-adjust with Tune Image in SnapSeed, I then keep going from there. For this particular photo, I do remember drastically editing with the Brush (Dodge & Burn) and Healing tools to remove the busy background (trees, wood beams, dirt on the table), and I probably used Vignette to complete that “low key” feel. It all seems kind of boring and run of the mill… but now, when I look at the finished product I feel a sense of accomplishment I didn’t feel from the original. “

‘Untitled‘ by @fotopawelolsztyn – “This picture was taken in Poland on Lake Wadąg. It was very early and a thick fog was floating over the water. The photo was taken with SONY XPERIA XZ2 smartphone. Edited in the Adobe Photoshop Express application.”

‘Herzlichen Willkommen lieber Herbst‘ by Kristen Chandler Toth – “This photo was shot on a hike to the top of the Birkenkopf, which is the highest point in the city where I live, Stuttgart, Germany. The hill is part of a Schuttberg, an artificial hill built out of the rubble from World War II. Nearly half of the buildings in Stuttgart were razed during Allied bombings and much of the rubble was piled on this hill.

I shot this on an old iPhone SE. I used SnapSeed to bring down the highlights, bring up the shadows and increase the saturation slightly. “ 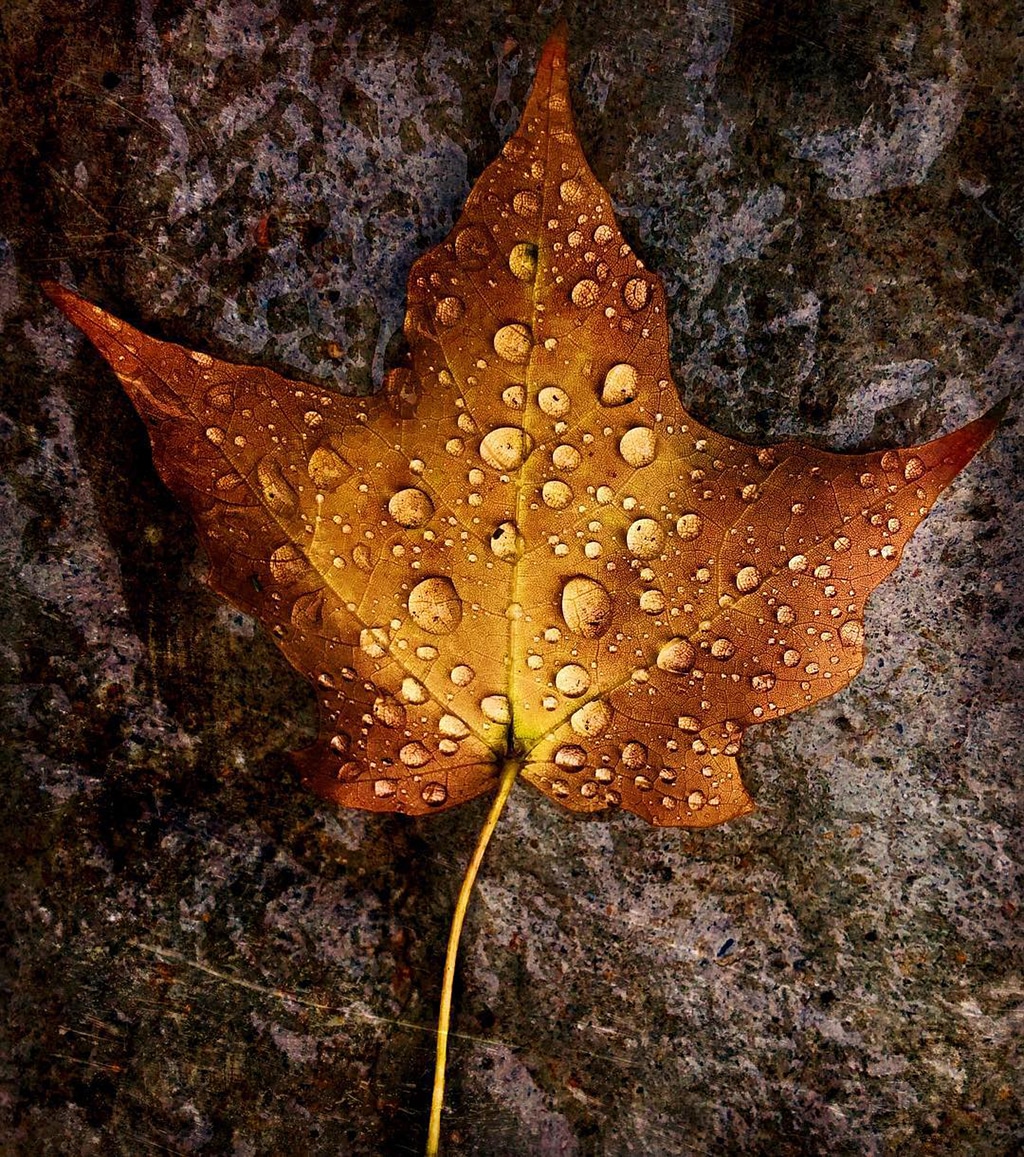 ‘Untitled‘ by @lulu1510 – “I passed every day the cuestnut – tree since springtime. Saw the flowers, the little fruits growing till they want to break out of their home. It was every week exciting to see it grow…and finally they become a special place on the top of my PC at work.  Taken by my iPhone 6S and finished with the iOS photo software without many color correction. They shine without filters.” 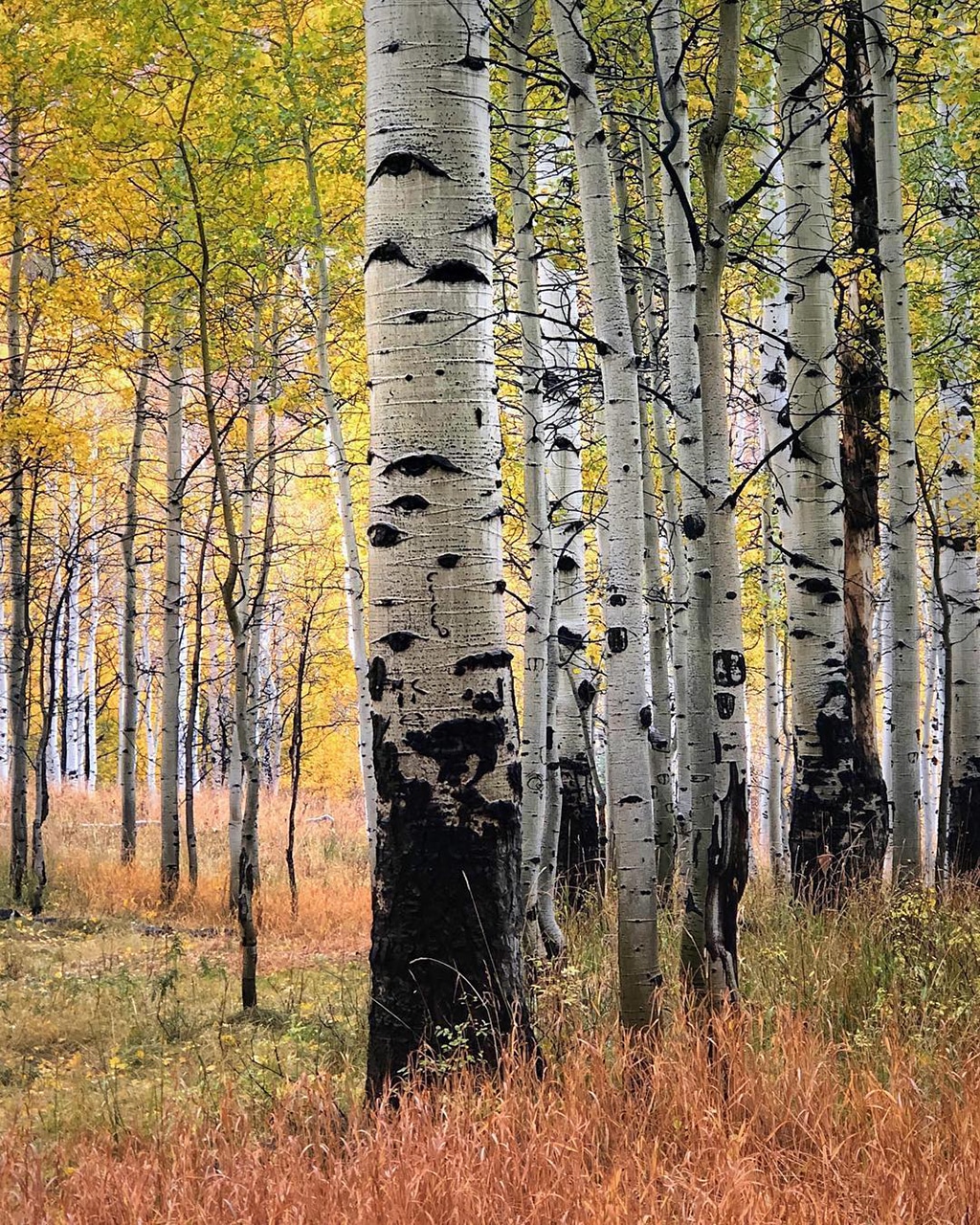 ‘Up Close and Quakey!!‘ by @Mikemantx – “Nature grounds me. The smell of spruce, wet leaves of the aspen and the earth of Autumn. I stand and breathe it in. My soul rejoices. One of my favorite drive in the autumn is the Alpine Loop, a 20-mile drive that winds through rugged alpine canyons of the Wasatch Range offering stupendous views of Mount Timpanogos and other glacier-carved peaks. Around 7000 feet, spruce give way to aspen groves. How can you not stop? Bewitching really. Walking through this grove in the early morning, I stopped and turned around, seeing this scene. I shoot with an iPhone 8+ and post edit with Snapseed.”

‘Untitled‘ by Sabine Gromek – “This photo was taken at Lake Neusiedl in Austria. It was shot with my iPhone 6s and edited with Hipstamatic using lens Jane and film Love81.”

Autumn on the Shields River

‘Autumn on the Shields River‘ by Sandra Nykerk – “The fall colors in Montana have been stunning this year, so I have been out photographing at every chance. Many of Montana’s rivers are lined with cottonwoods, and the Shields River in south central Montana is a ribbon of gold flowing through the prairie and ranch landscape. Most of the land is private with limited access, but at this spot, the river flows next to the road and I was able to stop and photograph. It was raining lightly when I took this, providing the perfect light and saturating the colors of the cottonwoods. Taken with an iPhone 7+ and processed in Snapseed, iColorama, and Stackables. “

‘Untitled‘ by Shirley Jones – “This photograph was taken in woods local to me in Pershore in Worcestershire. Its one of my regular dog walks and when I do most of my landscape work. This image was edited in snapseed. Not a lot but I used a bit of HDR as I think it helps to bring the contast down a bit and it enhances the mist.

This summer has been amazing but I so love the changing angle and quality of light when the autumn comes. I find my landscapes transformed and I start feeling inspired again.

Photography at its very essence is all about light after all. I take all my work on my iPhone SE. I love the immediacy of the phone camera, I’ve always got it with me so I never miss an opportunity for a shot.

The editing apps I use mostly are snapseed (my got to everytime app), Hipstamatic and Distressed FX. I have rediscovered my personal style through these editing apps and I love that I can achieve similar effects that used to take hours in the darkroom with lots of equipment, with just my phone!”

“She put on her best dress and celebrated among the birds and trees. And in the energy of the moment, she found a grace beyond measure.”

‘She put on her best dress and celebrated among the birds and trees. And in the energy of the moment, she found a grace beyond measure.‘ by Susan Blanda – @susanblanda – “I created this image entirely on an iPhone7 Plus. I use an intuitive editing “flow” between ios apps— in a back and forth fashion—until the image feels right. My primary editing apps are VSCO and Snapseed. I also used the Reflect app in this composition.”

My kind of Heaven

‘My kind of Heaven‘ by Vicki Whicker – “Living on a remote piece of land in upstate NY, I create Bucholia (iPhonic meditations on rural beauty). My Instagram page is an OCD glimpse of my one square acre as it passes through the seasons, year after year. One week, each Autumn, brings a crop of magical Amanita Frostiana underneath my great pine tree. On the morning of this capture, light was hitting the membrane of the mushroom just so. In no time, I’m on my knees with my iPhone 7 in order to capture the angle that both locates the light and puts the mushroom into the farmland context in which I live. To edit – first, I used Distressed FX to give the photo depth and texture and the illusion of clouds. Then, I used Snapseed tools to bring out light, depth, color, softness, and to highlight the water droplets. Finally, before the post, I use Instagram presets to further set the mood. These are the only three editing tools I use in my mobile photography. “

‘Autumn‘ by Carla Broekhuizen – “We had such a lovely summer and the sunflowers were still on my garden table. I could not say goodbye to the summer so II left them there and saw them change in autumn state.

In my studio is that very small spot were the light looks amazing at the end of the afternoon. It’s only there for 10 of fifteen minutes but that’s enough for a lovely stillife. I use that spot often for my stillifes, I like the moody atmosphere. Snapseed is my favoriet app for editing what I usely do on my iPad.”

The theme for the next photo challenge will be ‘Blue’. For this challenge think about sharing your best mobile photos that capture the colour blue in all it’s glory. Think about the deep blue sea, gorgeous blue skies, or vibrantly colour buildings.

To enter the challenge simply start sharing your best images on the theme of ‘Blue’ that were taken and edited with a smartphone by using the hashtag #mobiography_challenge_45 on Instagram.