Brad Puet is one of the founding members of the fantastic We Are Juxt community. As well as being a pretty cool, down to earth guy, Brad has a style of street photography which captures portraits of quirky characters, events and street scenes which, for me, convey a snapshot of American life on the streets of a busy city. Brad kindly contributed to our Top Mobile Street Photography Tips feature and this year I was honoured when he invited me to become a We Are Juxt Contributor.

The Photo I Am Most Proud of is… 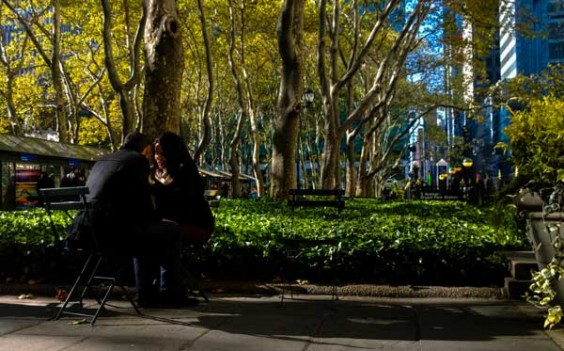 This shot was seconds before the dude proposed to his girlfriend. I watched as he stumbled a bit with his words and then continued to get on one knee. I was able to catch that moment for them as he popped the question and snapped a shot. Why didn’t I share with you all that moment? After about 10 minutes of them soaking in their special place in time I went up to them, congratulated them, and asked them if they wanted a print (after I got back home to Seattle). They of course said yes and I’ve sinced sent them that photo. I figured that moment was just for them. This moment was just a precursor.