This weeks Mobiography Flickr Group showcases a selection of iPhone photography that all feature lone figures. There is something extremely powerful when you can isolate a single, solitary figure in a simple surrounding of negative space. It helps to convey a strong story or emotion with the viewer. I feel all images in this weeks showcase have achieved this beautifully.

‘Somewhere‘ by Adam Oczko? – “I took this photo on my Saturday walk with my family on pier in Sopot (Poland). I was really nice sunny weather, sky was clear and blue. I was enjoying the view of seaside. I saw this man sitting on this white bench and I decided to take a photo. He seemed to me so relaxed and without haste.

This particular picture will be displayed at the exhibition in Poznan on 18.10.2014. The exhibition is called “Slowing down. The Tales from our Streets and Backyards” and it’s organized by Mobile Photography Enthusiast Group “Mobilni”. I shot with the native camera app iPhone 5s and used Snapseed and Mattebox.” 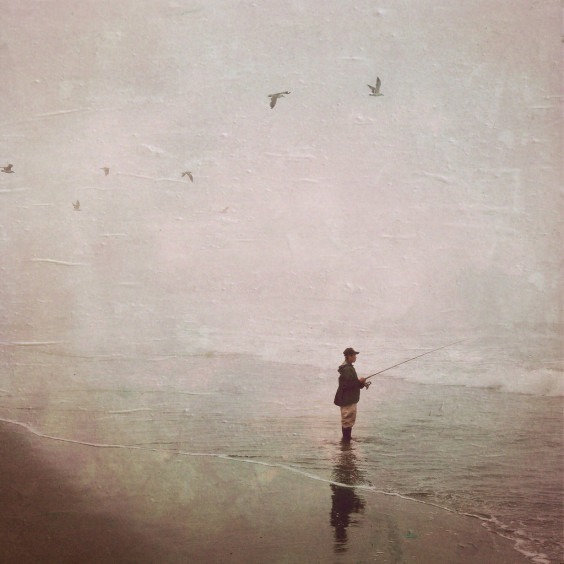 ‘Sunday Morning‘ by Petyr Campos – “The image was taken on a Sunday morning. I live in San Francisco, CA not too far from the beach. I’ve always loved the beach and like documenting beach live. My goal for the day was to photograph surfers, but there weren’t too many around at the time. There were a couple of fisherman hanging out and they looked like interesting subject matter. As I was walking up the beach to photograph the fisherman, I saw some birds overhead and heading towards the fisherman. I took a couple of pictures hoping I caught the birds over the fisherman and was lucky i did.”

‘Untitled‘ by tnymo – “After a rainy saturday morning the weather cleared up, and so my boyfriend and I went out on a kayaking trip on Rømoa, a tributary to the river of Glomma in Norway, where we live. We paddled quietly, hoping to spot beavers. The photo was taken with iPhone 5 and after processed in Instagram, with the filter called Rise. ”

Salutation to the Sun

‘Salutation to the Sun‘ by Geri Centonze – “Our morning hikes in the nearby hills almost always include this man in the striped shirt doing his morning routine. We have spoken to him a few times although most of the time, he’s engrossed in his meditation. I snapped this with my iPhone 5s using the native camera app. Although the color photo had beautiful tones, I prefer the drama of black and white. I used Snapseed to convert the image to B&W. There was a bit of a flare in the lower right corner (still visible, but not so much after using TouchRetouch). I used Noiseware to reduce the noise that was visible in the sky.

I thought of centering the subject when I was photographing him, but I decided instead to have the sun in the upper left and the man in the lower right of the photo. I’m seriously considering printing and matting this photo and presenting it to him on one of our outings. I hope he’ll like it.” 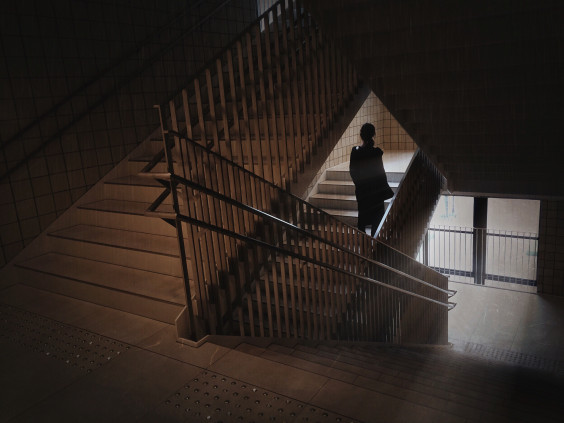 ‘iPhone5s – tokyo- 4668‘ by Enzo – “This photo was taken with an iPhone5s using the apps Camera+, Snapseed, Rainydays, Photofx, Mextures, VSCOcam and Photoforge2. A structure body and human comparison include mysterious power. The trial to locate an organism in the repetition that is the mineral matter of the structure is my one style. iPhone is an indispensable tool that it is completely lucky that I come across such scene and deals with chance.”

Friendship is one mind in two bodies… Mencius 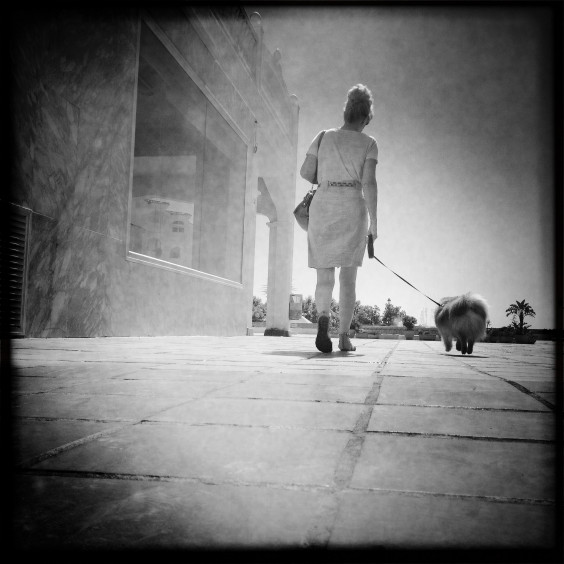 ‘Friendship is one mind in two bodies… Mencius‘ by Nick Kenrick – “I waited in this courtyard for the right image to appear and I am keen on getting a low point of view. This adds a depth and atmosphere to the image. I processed it in Hipstamatic app and Ilike the gritty mono feel in such street images. ”

‘Expectation‘ by Jerzy Jachym – “The photograph was made ??during the holidays. The photo shows my daughter. I really like the black and white photo. I used to edit and iphone applications: Camera Awesome and Facetune. ” 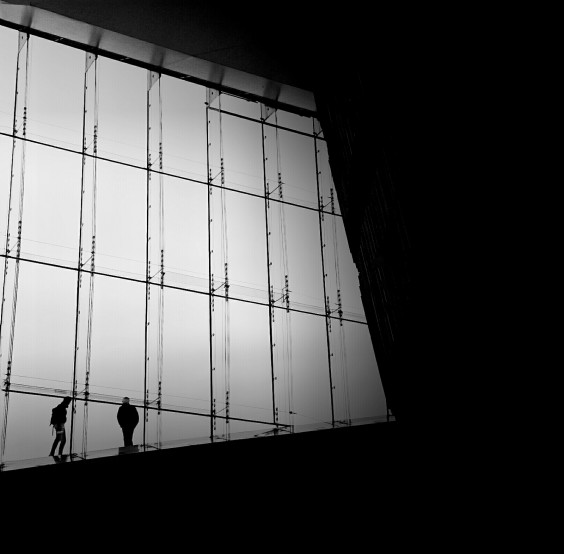