In this weeks continuation of our interview series I spoke to Richard Pearce, an amatuer mobile street photographer from Hertfordshire, UK. Richard is a builder by trade who has been hooked on mobile photography ever since downloading Instagram, which then opened up a whole new way of looking at the world through his mobile phone camera. His work has been featured in a few of Mobiography’s ‘Capturing the Moment‘ showcases and I wanted to catch up with Richard to find out more about his approach to street photography, the Instagram hash tag group #the_bestbw and the story behind a few of his favourite photos.

How did you first discover iphone photography?

A friend from California visited and wanted to go to old cemetery’s to take photos so we showed her around and she told me about instagram and the community aspects of it, I’d never been into photography and it all sounded a bit naff but i downloaded the instagram app and got hooked!

What was it about mobile photography that hooked you?

I didn’t realise I was creative so it’s opened up a new world for me, I’m constantly noticing new things around me and photographing them . I love seeing people’s pictures that I have to stare at to take it all in because they are that good.. And I love the community and have made loads of friends already and I’ve only been taking photos for just over a year.

How would you describe your photographic style and what influences your shooting or editing?

I would say I’m mainly a street photographer but my main aim is variety in my gallery so I’m constantly trying new styles and edits. For the first six months on Instagram I only did black and white shots so colour is quite a new thing for me, I’m inspired by so many photographers both famous and people I follow that I can’t just do one genre. 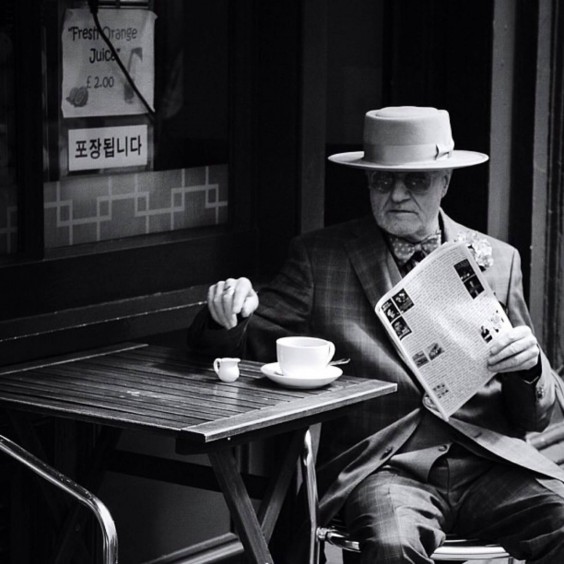 Could you tell us about your approach to your street photography and the images you capture?

I think the best photos bring out an emotion in you and that’s what I try to do but I’m definitely not there yet, but I’m enjoying the journey. I want to capture people living their lives without making them feel uncomfortable so most of my shots are sneaky candid shots but some portraits I have asked permission to take first.

I’m just a moderator for @bestbw as @lucasatoro started it and very kindly asked me to help, it’s the most rewarding part of instagram for me as I get to feature two black and white photos a day and the photographers get exposure and encouragement, I’ve featured people who have ten followers and some that have 30,000 and I know how cool it feels to get featured and I get to do that for two people a day! We have a great community and have over 50,000 photos tagged which makes choosing two a day a challenge!

You recently chose one of mine called ‘Shafts of Light’ as the photo of the day. What do you look for when choosing a winning photo? What is a perfect photo for you?

That’s a great question… It has to be unique and well structured and somehow get an emotion out of me. Basically a photo I wish I had taken! I cant express how cool it is to go through the feed everyday and it has helped me so much as a photographer as I’m constantly inspired by what I see. There are so many talented photographers all capturing what’s going on around them in their different parts of the world and it’s always exciting to check the feed and see all these cool images.

Is there a process or methodology that you apply to your post production editing?

My favourite app is snapseed, others have come and gone but that is my go to app, it’s so versatile that whatever I want to do it does it from straightening my crooked sneaky iPhone shots to adding detail or vignette’s. I’m also loving the new vscocam app, I bought the extra package of presets and I’m now spoilt for choice. I will always start with snapseed, add detail and adjust brightness and contrast, the vintage preset style 2 with texture turned off is one of my favourites and makes shots gritty and cool. Then I’ll use vsco and either use the presets or just the tools, the fade option is awesome and is on most of my shots. I will sometimes use the mextures app as it’s a lot of fun and it’s something I’m enjoying experimenting with.

Could you tell us the story behind a few of your favourite photos?

I saw the dog coming so got my phone ready and crouched down as if doing my shoelace up. I didn’t realise the dog would get so close but was well happy with the result.

I was in the queue one morning and saw this lady sitting there so sat opposite her and discreetly took a few shots, it’s my favourite shot ever. 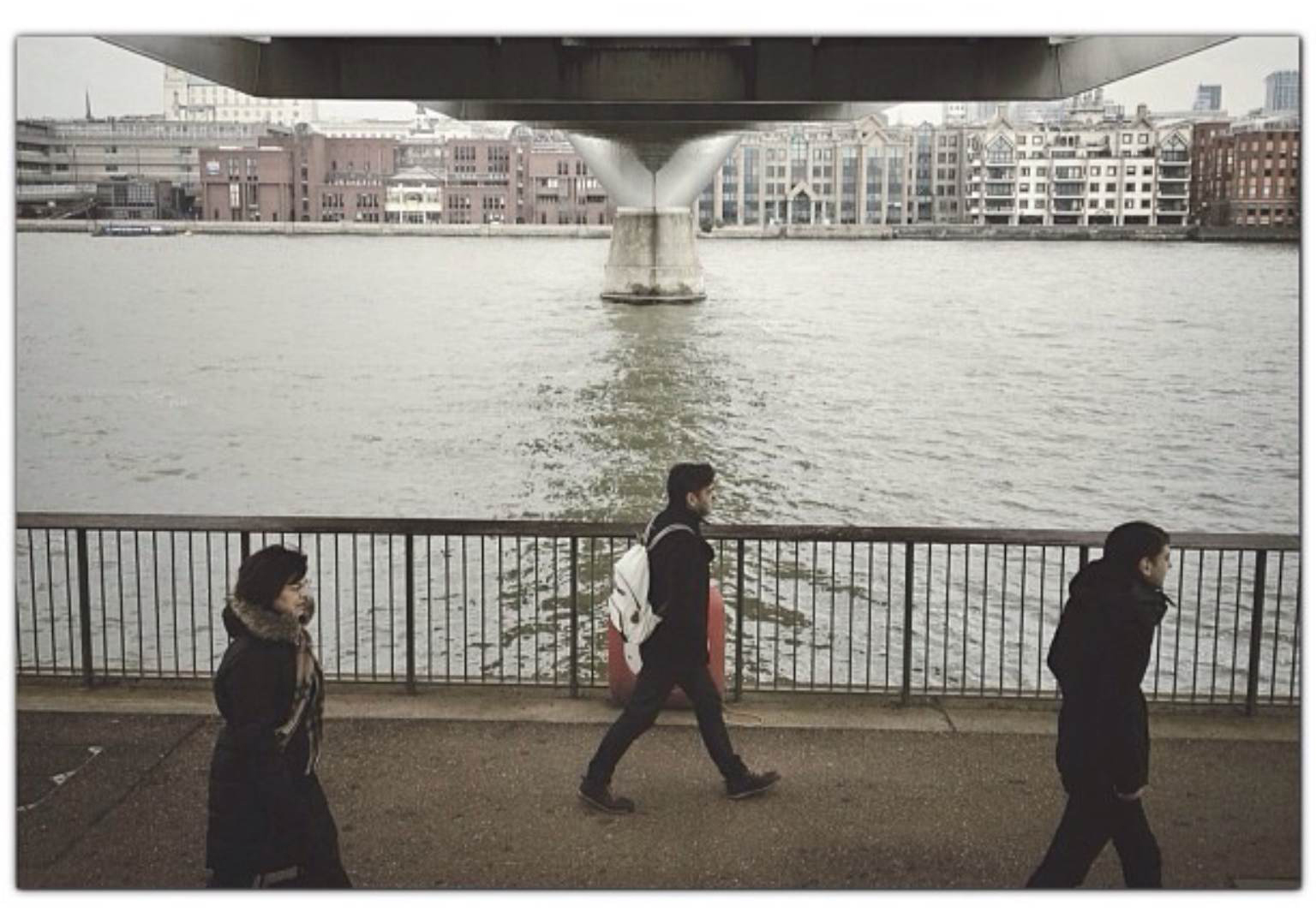 In Step was taken under millennium bridge in London. I was happy with this shot because of the spacing between them and the unusual view of the bridge.

This guy was begging and didn’t speak any English but we still managed to communicate and I got him a coffee and a roll and stayed with him for a while, I asked if I could take his picture and he agreed but not until he had straightened his hat! I very rarely take portraits but really like this one because in a small way got to know him.

What would be your top tips or words of wisdom for aspiring mobile photographers or artists?

I will go out for a day in and around London and take loads and loads of shots, somewhere like south bank is a street photographers dream as everybody has a camera so you don’t stand out. It gives you free reign to photograph whatever you want without people being suspicious of you. I have got a lot of candid shots by focussing on say London Bridge and when someone walks in front of me taking their picture.

Street performers and buskers make great subjects and I’ll always have some change in my pocket to drop in the hat. I think it’s important to be respectful to people and its fun to chat to them and hear there stories, all part of the fun and helps with your title and text for your photo.

We don’t all live near London but a busy city anywhere will always give you lots of photo opportunities.

I use my iPhone and always double check its muted. I’ve had the awkwardness of someone hearing the sound of the shutter and not being happy that a stranger has just taken their photo!

If your doing candids turn HDR off, I spent about a month taking blurred pictures of people before I found out it was because HDR was on and I also use the volume button to take the picture.

Try to observe the rule of thirds, composition is so important in a photo, I’m very rarely able to compose the actual shot but when editing it can be done, there’s lots of resources about this.

Follow lots of great photographers, especially ones in your city, you can see how they compose their shots of landmarks and then you can imitate it yourself… And I’m always asking people what they used to edit their shot etc, most are happy to give me tips and it helps me so much.