This week’s mobile photography showcase looks at 10 Instagram photos that use negative space as part of their composition. From Paula Lopes’ wonderful seaside scene featuring a couple sat on a bench that is set against a beautifully blue sky to Charles Read’s minimal black and white photo that uses heavy tonal contrasts and angles to frame the subject.  All featured photos this week show that by placing the subject within its surrounding space you can use the negative space to draw the viewers eye towards the subject.

‘Untitled‘ by Paula Lopes – “This photo was taken in a lovely seaside city Vila do Conde in north of Portugal. It was a very happy day for me and my daughter, because we love to spend our free time together by the sea discovering new places! When I saw the blue sea and the blue sky with the light green of marginal, it seemed very beautiful too me and the two tourists sitting on the bench made it perfect! I love the sense of space and calm in this picture.

This picture was shot with an IPhone 4 and the processing with Instagram, with minor corrections in brightness and contrast.”

‘Rated g for graphic‘ by Michael Kistler – “I shot this image in Shanghai after the latest ‘Finding Yourself in the Streets’ photography workshop with Mimo Khair. I had seen this location in her work before so we went there together. Before I had a chance to get my Canon out, I saw this woman with the blue umbrella coming and was able to get a quick snap as she was walking past. I am a big fan of lines, arrows and other graphic elements so the location really appealed to me. I processed the image in Snapseed – I increased the ambiance a bit and then added a glamour glow filter for just a hint of softness. After that, I square cropped the image in Instagram. ” 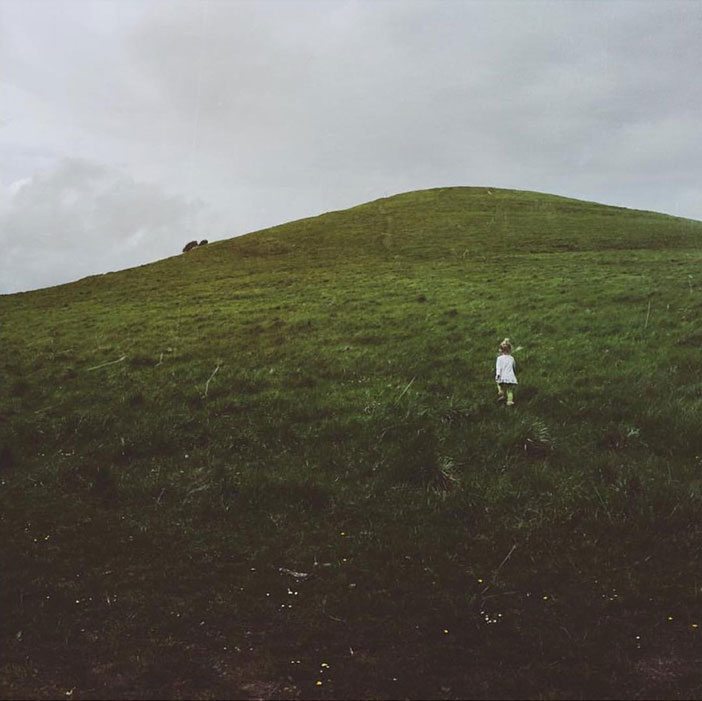 ‘Follow Me…‘ by jamiesmith69 – “The photo was taken on the Dorset Coast near the disused Winspit Quarry. The shot ultimately just captured the moment. We had been exploring the area surrounding the quarry and my 3 year old daughter decided she wanted to climb this hill and that we were going with her! A child’s sense of adventure and determination always inspires me. I used the Mextures App to edit the shot which I hope did justice to the moment and put the focus onto my little explorer and her desire to climb the hill ” 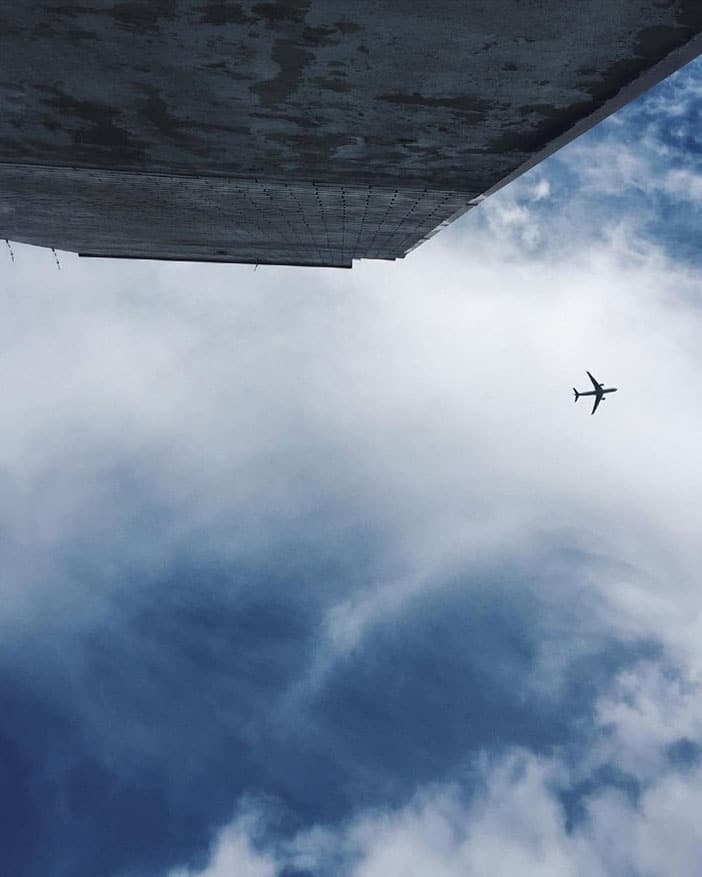 ‘Bye‘ by Grace Millar – “For me this picture is a visual conversation between human life and intellectual development. Our advances in the modern age and regular humans interact with that. I like to be able to make people think about how humans relate with the world around them. Mostly in regard to nature and the modern world and its intersection.

In terms of processing, I used my iPhone for this photo and I used Snapseed and VSCO. I added vignette and changed the vertical perspective slightly. In VSCO I increased the warmth and changed the tone.”

A bird in #Portugal 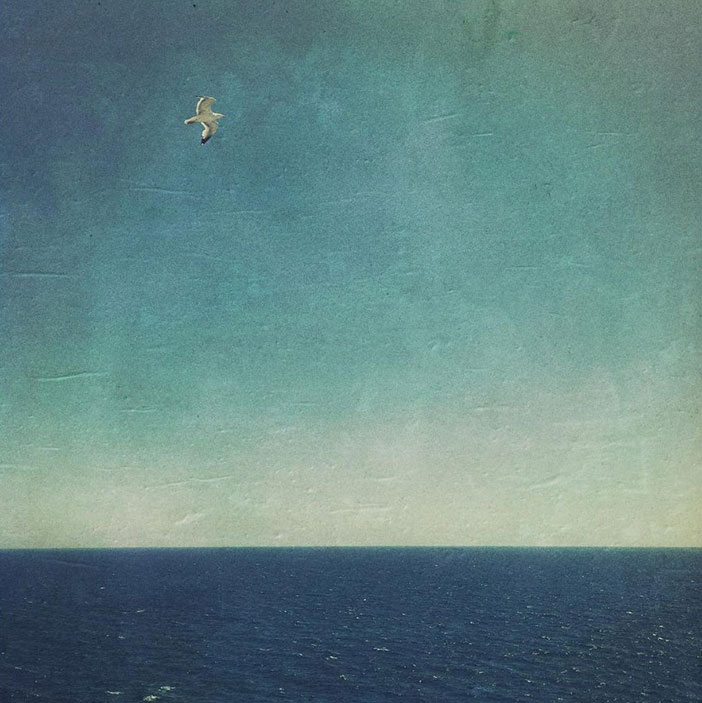 ‘A bird in #Portugal‘ by Elaine Taylor – “This was taken on holiday in Portugal using my iPhone6s using Hipstamatic. I have been admiring at a lot of minimal style landscape images recently and decided to snap a few. I had intended to take a shot of just the sky and sea, but as I starting snapping the bird came into shot. A happy accident.

It was a very clean and simple image originally but I started experimenting with different lens and film combos and really liked this one – Yoona & BLANKO ?.” 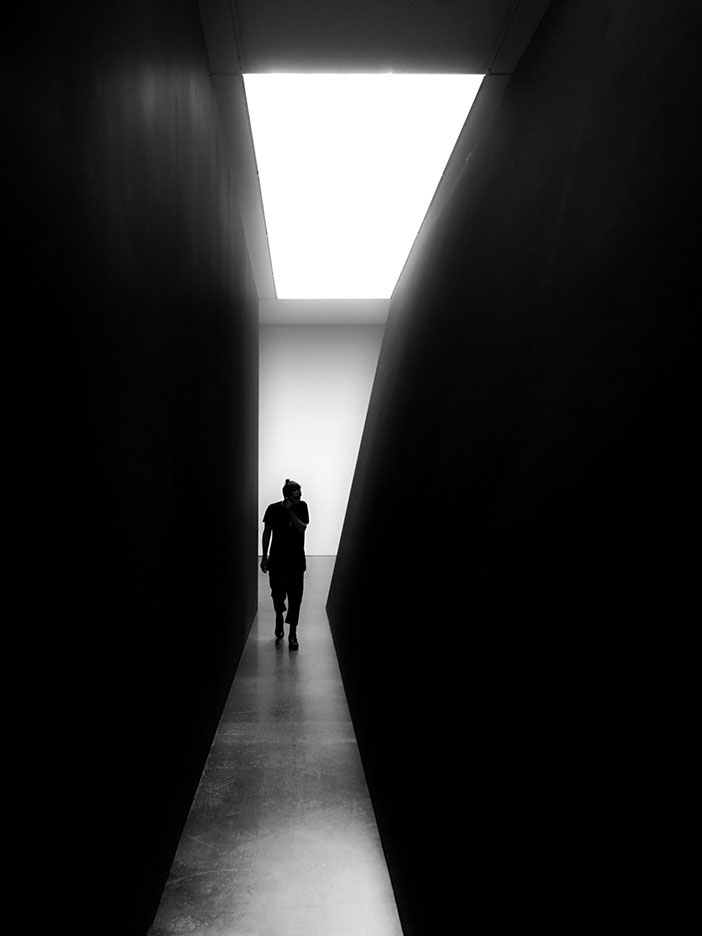 ‘man of steel‘ by Charles Read – “As a lover of art and architecture, I spend a considerable amount of time in museums and galleries and am always on the lookout for people engaging with art. I am especially drawn to the massive steel forms of Richard Serra’s work – here, I was attracted by the light cast from the optimally oriented skylight above his “NJ-1,” which highlighted the tension between the dark mass of this 280-ton steel sculpture and the sense of weightlessness of the space and light above. I needed only to set focus and exposure, and wait for a human form to enter the work to give a strong sense of scale.

Shot on iPhone6s native camera and post-processed using Blackie, an awesome app that does a great job of replicating the feel of BNW film. I used the app’s shuffle function to quickly find a combo close to the high-contrast look I had in mind, then used the app’s edit controls to increase the drama further. Final cropping in Snapseed.” 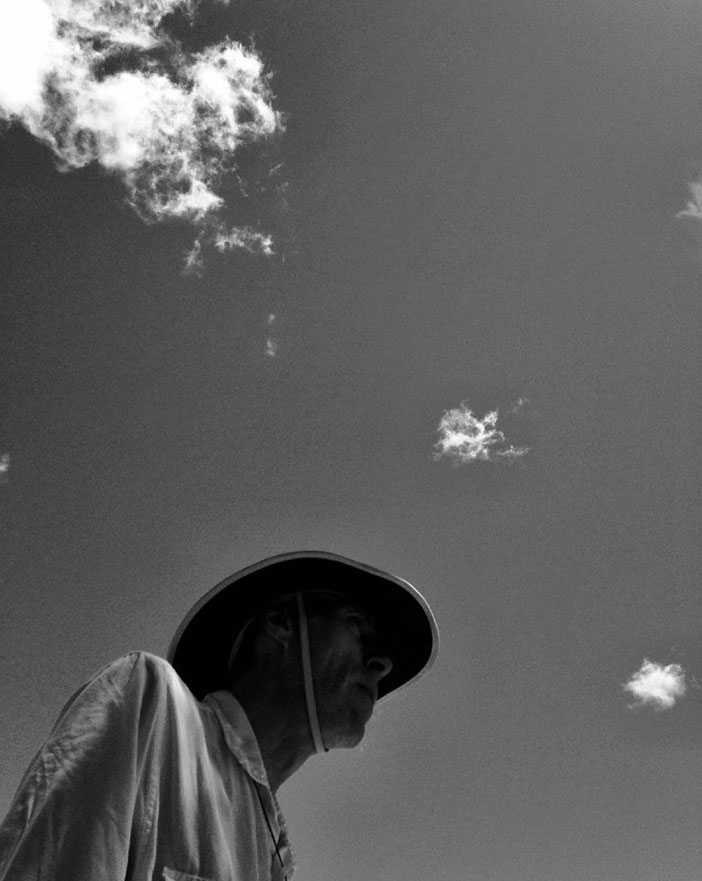 ‘Untitled‘ by Angela Gordon – “I looked up at the sky while sitting on a curb in a busy part of the city and was struck by the amount of open space. The lone man with the hat eventually walked into my frame, giving the sense that the sky could be a backdrop for a farmer’s field despite my urban surroundings. I used Camera+ and Instagram editing tools.” 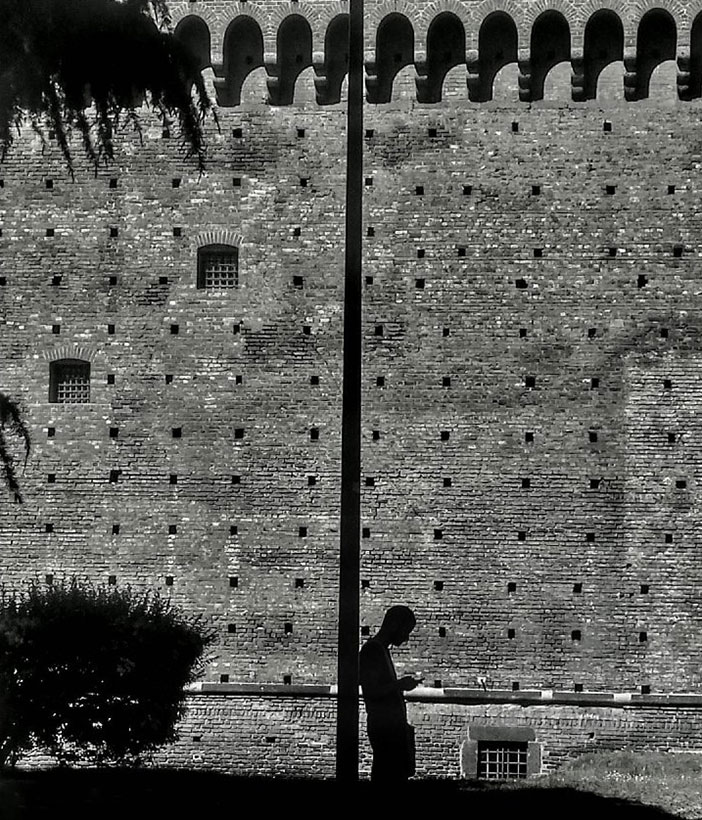 ‘Chatting with Castle‘ by bw_zombie – “The location for this photo was in Milano, in front of Castello Sforzesco, an ancient 1500 castle in the inner centre of the city. I was cycling in the early afternoon of a late spring day when the sun was shining on the old brick wall of the castle from the lateral side. I was attracted by a guy (may be oriental) who was leaning on a light pole while he was chatting with his smartphone. I used my Samsung 4 for the shot, trying to frame the photo in two identical parts divided by the pole.

The end result showed the very uneven surface of the wall. This was due to the time, which contrasts against the man and trees silhouettes which are black because the strong light contrast.

I used only a few corrections with Snapseed to increase the details of the wall, because I don’t love excessive editing in my photos. In my photos I am trying always to catch human’s as part of the environment, most of the time in black and white and looking for symmetry in the composition.” 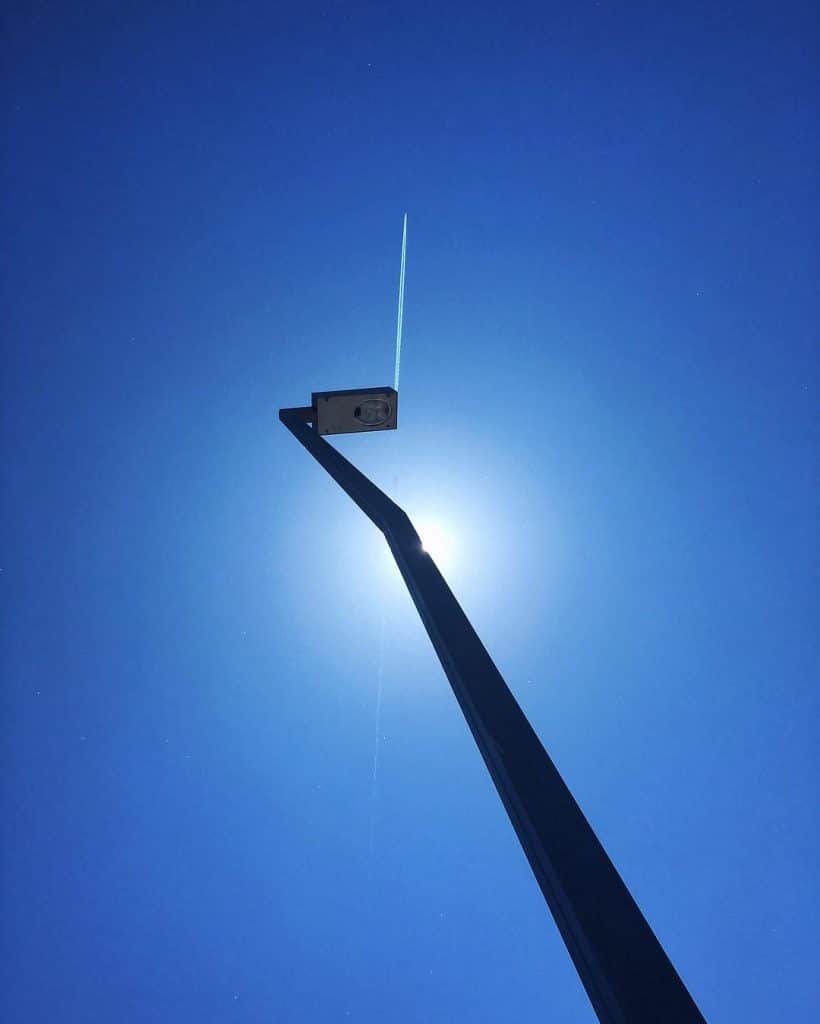