Capturing the Moment in May – Edition 1

The standard of submissions to the Mobiography Flickr Group has been high this week so choosing which ones to include in the showcase has been tough. This week we have photography from Mark T Simmons, Dilshad Corleone, Joanna Dunford, Alexxvisage, jq gaines and Nikos Vosniadis.

“Lift Your Skinny Fists Like Antennas To Heaven” by Mark T Simmons – “I find that sometimes when you hit a creative slump you need to return to what you know and are familiar with. Recently, my work had moved from shooting predominately underground to focusing more on the images of London, its streets and the people who call it home.

After an initial spurt of work that I consider to be some of my best, I had started to reject most of what I was shooting as inferior and not to the standard I wanted to put out as my photography.

This image returned me to shooting at a familiar location. However, this time I wanted to include as many people as possible in the shot to show the transient nature of London. So many people pass through this station, but how many of those people actually live here? I am also obsessed with upward motion towards light. I feel it is only in the light that we will find peace.

The title is from a band called Godspeed You! Black Emperor and I really felt like it fit the image perfectly.”

Back in time! by italianbrother – “This photograph was taken during a quick photo-walk that Richard Gray had set up for us, as part of his advanced iphoneography workshop.

We had to go out and shoot at something with street and candid in our mind. I set up myself to look for hats and characters. The gentlemen was standing at the door of Wolselay. I loved his whole attire and there was something of gentle and charismatic about him. I took the photo with the native camera and then used snapseed only. I wanted to keep it as natural as possible. It was a quick edit, and one that i really enjoyed.”

Right way up by Thisisjoanna – “I took a stroll to the beach to test out my new film camera and came across some guys doing Slack Lining. They were doing all kinds of acrobatics and it was fascinating the watch. This particular guy said he would love for someone to take a photo of him flipping in the air so it looked like a silhouette against the setting sun. So, naturally I volunteered. It took a few shots and this was the best I could get without him getting dizzy!!

I did get some shots on film but this particular one was taken using the iPhone 5 native camera and then just run through the cross process app. I did process it black and white too but preferred the colour version over the monochrome one.”

Ready to run by Nikos Vosniadis – “I spend 15 minutes during my lunch time watching and taking pictures of people during one of the snow days in NYC. This is at Lexington Ave and 60th Street and I liked the background and the classic steam that is a New York City signature.
Edited in Snapseed for a touch of Drama and Ambiance and then in Noir Photo.”

The girl in the balloon (iPhoneography) 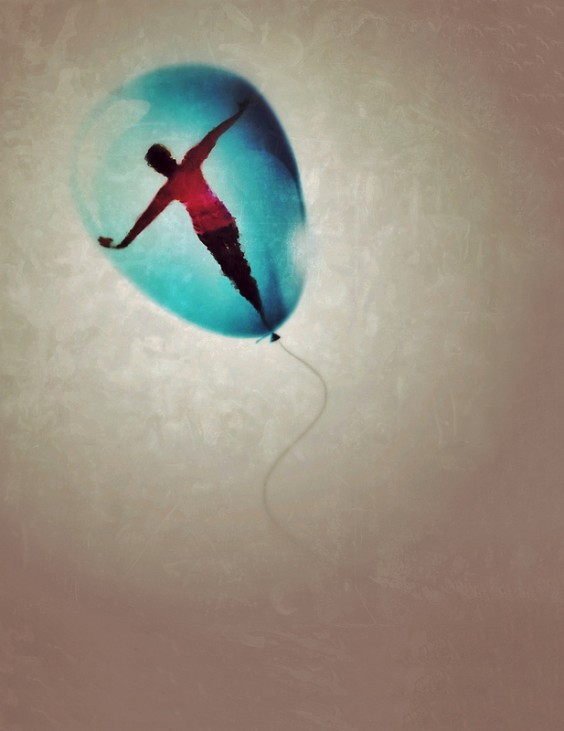 The girl in the balloon (iPhoneography) by Alexxvisage – “I shot this on an iPhone 4s. The photo was edited using Ps Touch, Snapseed, touchRetouch and Repix.”

Sikh Parade (05) by jq gaines – “Vaisakhi is a festival celebrated across India, especially by the Sikhs in the Punjab region. The significance of this day for the Sikhs originated in 1699 when Guru Govbind Singh laid down the foundation of the “Panth Khalsa” or “The Order of the Pure Ones.” On April 27, a friend and I accidentally (and luckily) stumbled upon the Annual Sikh’s Parade as it was traveling down Madison Aveenue in NYC. Not only were we excited about acquiring a new cultural understanding… but we were SUPER excited that we had just charged up our iPhones! There was so much visual beauty waiting to be captured in this parade….”