Lee Thatcher is a UK iPhone photographer who caught my attention a while ago. He has a gritty, black and white street photography style and in many ways I can closely relate to his story and approach to photography. It has been a pleasure to include his work in some of the Mobiography Flickr Group round ups and I finally caught up with Lee to find out more about him, his approach and his work.

Tell us a bit about yourself?

I live in a small city called Peterborough which is in the UK. Its about an hour from London on the train.  During the day I work in IT.  I work in a small team and I look after some of the computer systems for a large UK based construction company. It’s a good job and I work with some great people. Some of the work is quite repetitive but other aspects involve problem solving so it’s nice to get a little creative at the office from time to time.  I’m only 10 minutes from the city centre so when things aren’t to busy I can pop out for an hour and hit the streets to take some photos which is always nice.

I have been lucky enough to have some work featured on the WeAreJuxt, AppWhisperer and AMPt websites.  These are sites that I discovered very early on when I began taking pictures and I was always secretly hoping to have pictures featured on the sites. When I was approached for features and interviews I was completely surprised and jumped at the chance.  Seeing my pictures alongside those of photographers I admire is something I am very very proud of.

During 2012 I had work featured at the EyeEM Mobile Love exhibition and at the LA Mobile Arts Festival. Also I had a photo selected to be printed in the +One Collection 2012 book which was printed early in 2013 and now sits proudly in my bookcase.  Again, I have been so excited and proud to have my work displayed and printed, its something I never expected when I began taking photos with my phone in 2011.

How long have you been interested in iPhone photography and how were you introduced to it?

I became interested in iPhoneography during 2011 after I lost a close friend.  I needed something to focus on other than my grief and I found that I could lose myself in the process of taking photos and editing on my iPhone. Also I had a very young daughter at that time and as most fathers understand I wanted to capture all those important yet often missed moments.  The iPhone is the only camera I own so it seemed logical that I use it to the best I could and freeze those moments for the future.

I became interested in iPhoneography after I discovered the iPhoneArt.com website and was completely awestruck by the work of Carlien, Charley (who I later came to know as Cedric Blanchon) and Jennifer Bracewell.  Obviously there are a lot of other talented artists that I found inspiring but I would be here all day if I was to list them all.

The thing I really love about iPhoneography is that it’s what the cool kids are doing… just kidding.  I like the simplicity of it, I’m all for simple. I like the way I have everything I needed in my pocket. I can capture, edit, edit some more and then share.  It’s perfect.  When I was younger I broke my neck so I couldn’t lug around the equipment that I had seen other photographers with and because I am unable to use a normal DLSR camera if it wasn’t for the iPhone I wouldn’t be able take pictures.  Being lightweight and nimble is everything to me.

Your work is very much focused on street photography and shot in heavy contrast, black and white. Is this a conscious decision?

To begin with I would edit photos of friends and family and then just random stuff. I don’t think taking to the streets was a conscious decision, it just happened as a result of needing more material to edit. But after I began shooting on the streets it became kind of like a game.  Can I get close? Can I get closer? Can I get this angle or that angle?  Can I predict this or that? It was just interesting and I began to see things I had never seen before, but these were on streets I had walked my whole life.

I started to shoot black and white as I always thought my colour shots were pretty bad, black and white just seemed easier to tell the truth. As I became more and more interested in Street Photography it just felt right that I should stick with black and white.  I would like to shoot colour one day, just not yet.

What would be your top tips for anyone wanting to do street photography?

Pay attention to what else is in your shot.  If you have too much going on or street lamps popping out of peoples heads don’t take the shot, wait.

What apps do you regularly use and which are your favourites?

Currently I shoot with Hipstamatic or Hueless.  Now the Hueless guys have sorted out the minor lag issue its a really good app.  Fast, simple and great for street shots.  Hipstamatic is a strange one.  I have lost more shots than I have made but I know this is down to me not thinking about light or compositions (mostly light though). But because when I have made a shot with it that works I completely love it.  I strive to be as good as those guys who can shoot awesome Hipsta shots and then post with no need for editing.  I’m not there yet but thats my goal.

Other apps I use to get the edit to a place I like are Snapseed, Filterstorm, Infinicam, Swankolab and Noir.  There can be about a million others depending on my mood and the result I want but those are my current favourites.

Not really.  Sometimes its from the hip, sometimes it carefully framed.  Sometimes I have an awesome background and I wait for the right person to walk into it and other times I see someone who looks interesting and I ask if I can take their photo.  I really don’t plan too much, I just like to go out and see what happens.

Are there any photographers that have influenced your work or have inspired you in some way?

There are many mobile photographers but lately I have been really interested in the work of Larry Clark, William Klein, Robert Frank and Daido Moriyama. Some quite different styles but extremely powerful photography. I like pictures that move me.

Could you select a few of your favourite photographs and tell us the story behind them? 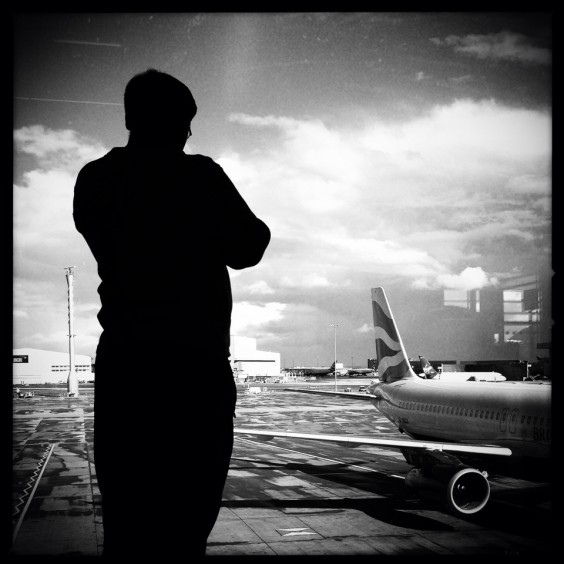 This was shot at the airport while I was waiting for my flight.  I like it because the guys posture and the tail of the plane tell the whole story of that long, long wait.  It’s also a reminder to me that sometimes photos are just waiting to be taken, you just have to open your eyes.

This was shot on a recent trip to Chicago.  I love the guys hard expression and the flag he is waving is tattered and torn, like its seen better and brighter days too.

This was taken in my city early one Saturday last year.  There is a small tunnel that is sheltered from the rain and this guy is sleeping off a few drinks from the night before.  I like the way that although you cant see much detail its very obvious what the story is from the shape and posture.

I’m on the usual places as either LeeThatch or Lee Thatcher. IG, EyeEM, Flickr, IPA and G+.  I also have my own website at www.leethatcher.com

Is the social promotion of your work an important part of your process?

I don’t so much see the social aspect as promotion. To me I see the social aspect as connecting with like minded and talented individuals who share the same addiction to photography as myself.  I don’t know anyone else interested in photography except the people who I share and connect with online. They are important to me and I consider them friends, just different from the traditional friends. 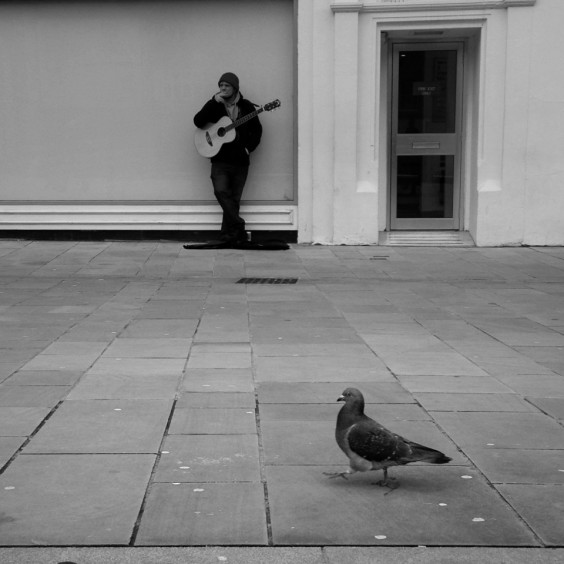 Do you have any future plans for your photographic activities?

I have a few ideas regarding some photography projects ideas that are along the documentary photography lines that I would like to work on to build up my skills and stretch myself.  Nothing too fixed yet but just ideas thats all.