The theme of last week’s Mobiography photo challenge was ‘Beautiful Landscapes’. The showcase of photographs featured this week all illustrate how different photographers have approached this subject and how they have all been able to capture some truly superb scenes. From the use of leading lines in @alice 1280’s beach side seascape to the use of misty weather in @betsybtizzle’s forest scene.

The theme of this week’s photo challenge is ‘Simple Compositions’. For this challenge think about sharing your best smartphone photos that use simple but effective compositions to create a compelling image. Think about images that use negeative space, that are uncluttered, that use vibrant colours, architectural shapes or portraits.

To enter the challenge simply start sharing your best images on the theme of ‘Simple Compositions’ that were taken and edited with a smartphone by using the hashtag #mobiography_challenge_63 on Instagram.

‘This morning‘ by @alice1280 – “I took this photograph this morning. I abandoned my coffee and went for a walk. There was a high tide with lots of sea foam. This was just after the most colorful part of the sunrise with soft colors. I was watching the curve of the tide line and decided to get low to try and emphasis it. There was no tiny people to help give a sense of scale. No filter was applied, just a little tweaking in Instagram. ” 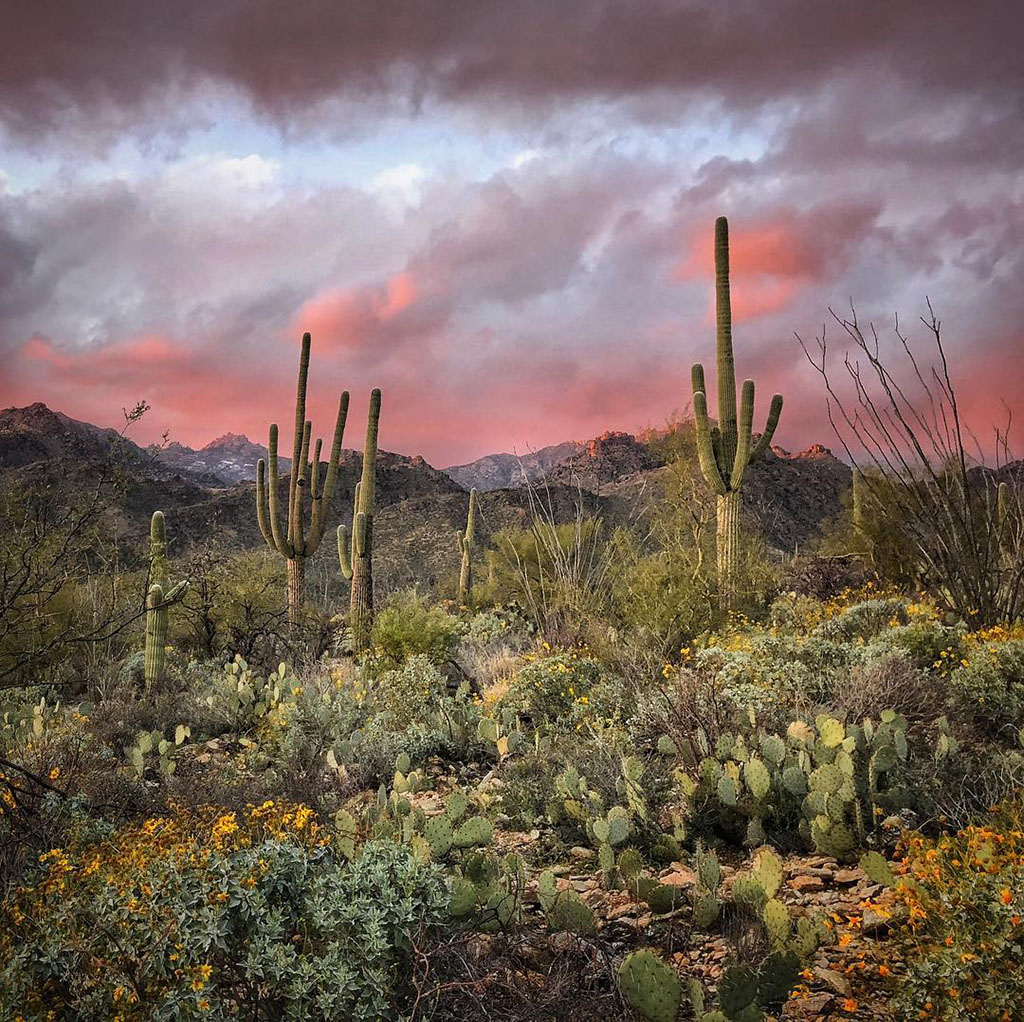 ‘Pastels above snowy desert peaks; looking north at sunset tonight…‘ by @allophile – “A couple of weeks ago, while on an evening run, I ended up on this hilltop right as the sun was setting, which I paused to watch. It was pretty, but not the most spectacular. (We get spoiled and maybe a bit picky here in the desert.) Then I looked north toward the Santa Catalina Mountains: pastel skies over the cacti and early wildflowers. The clouds continued to ‘ripen’ for several minutes; looking west isn’t necessarily always the best direction for sunset skies. We’ve had a dramatic winter this year in Arizona — I’m truly grateful to live here this time of year. I took this photo with my iPhoneX, using snapseed for a bit of exposure correction.”

‘Whisper‘ by @betsybtizzle – “A heavy fog rolled in and shrouded the pine forest in mist. The air was completely still and there was no noise except the crunching of pine cones and twigs beneath my feet. I felt reverence in the stillness and privilege to share space with the beautiful forest. My processing was simple. I used Snapseed app and boosted low tones slightly and saturation levels. There wasn’t much more that needed to be done, in my opinion, so I let the scene speak for itself. ”

Day at the Beach

‘Day at the Beach‘ by @db.cooper – “This photo was taken at Fort Funston in San Francisco – our favorite off-leash dog beach. I didn’t expect to have many photo opportunities because we were there at high noon when the lighting is too bright. This day surprised me with a perfect combination of the elements.”

‘Untitled‘ by @kallyklick – “This photo was taken during sunset on a cool breezy winter day. The palms were swaying and the warm colors of the sky were a nice contrast to the aqua colored water. I took this photo with the Hipstamatic App, and enhanced the golden tones of the sky, as well as the overall vibrancy.”

And if you are to love, love like the moon loves. It doesn’t steal the night, it only unveils the beauty of the dark. ~ Isra Al-Thibeh

‘And if you are to love, love like the moon loves. It doesn’t steal the night, it only unveils the beauty of the dark. ~ Isra Al-Thibeh‘ by @kimskaptures – “Beautiful and diverse, Long Island, is my daily inspiration for all my photos. This shot was taken on the night of the super snow moon when the huge bright moon lit up the sky and cast beautiful light on the surrounding landscape. I used my iPhoneX to take the shot, Snapseed for edits, Distressedfx for effect and Skylab to help emphasize the moon. ”

‘Untitled‘ by @micmacsuibh – “This was taken at a rather spiritual place – Gougane Barra, County Cork, Ireland – which was the site where Saint Finnbar had his monastery beside the lake. It’s located between where my parents and my sister live and every Christmas I’m between the two homes, visiting, and always make a point of calling to the lake for a bit of tranquility and a little prayer either to ask for something or to be thankful for the year gone by. This year it was the latter, thankfully.

I took it using ProCamera on my iPhone 6s.”

‘Untitled‘ by @mikemantx – “Every winter on Utah Lake, a shallow freshwater lake near Provo, nature creates mounds of ice blocks. As warmer temperatures begin to thaw the lake ice it begins to drift more freely in the lake. As the winds shift directions or storm fronts move in, it blows across the large surface area of the sheets of ice. The ice then begins to drift until it contacts either the shore or another large sheet of ice.The timing and intensity is hard to predict. This year they are popping up all along the eastern shoreline. It’s memorizing.

I arrived just after the sunset, so the cool blues and light pastels painted the landscape. Very little post editing was applied.

I shoot with an iPhone 8Plus. Touched up in the Snapseed and Mextures apps.”

Life is the most difficult exam. Many people fail because they try to copy others, not realizing that everyone has a different question paper!

‘Life is the most difficult exam. Many people fail because they try to copy others, not realizing that everyone has a different question paper!‘ by @nnkrenz – “The photo was taken with an iPhone 8+ and edited in snapseed. The photo was taken at the Salton Sea in Niland, CA it lays directly on the San Andreas Fault so it’s history is very interesting.”

‘Untitled‘ by @silent_imaging – “This shot was taken last June at Lac Léman (or Lake Geneva) near Montreux. This is such a serene place-wonderful colors and amazing views. All in all a perfect spot for taking pictures. We saw a heron near the pole and I tried getting close to it. This was the first shot in a series and I tried to shoot at a lower angle to get a different perspective. I think I used Snapseed and Camera+2. (not 100% sure cause I was experimenting with different apps).” 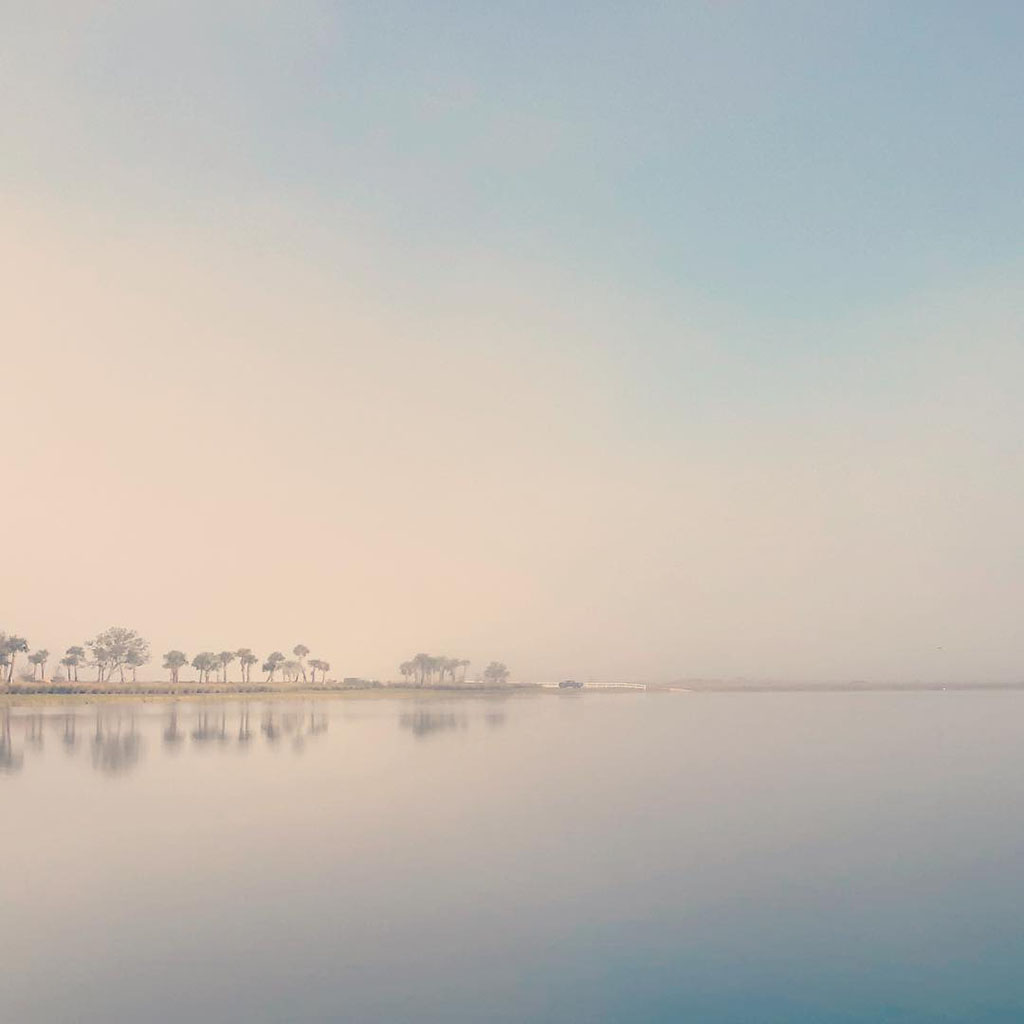 ‘Misty Morning‘ by @snapsbymarkescapes – “I took the shot on my iPhone 8 while I was on holiday in Florida recently. Our hosts took us to Babcock Ranch for breakfast next to the lake and when we got there I was taken by the very light mist over the lake which I thought really enhanced the tranquillity of the location. I have cropped the image into a square format but that’s about all I’ve done to it. Babcock Ranch is an interesting solar powered community under development and I had no difficulty finding subjects to photograph and a fine breakfast. ”

‘Silver Dreams, Golden Smiles‘ by @the.chronicles.of_.sandra – “The photo was taken in Shropshire, UK in December 2018. Dawn had broken revealing a tumultuous sky: the lone tree stood impassively amidst the sward of emerging crops, the electricity pylons its only companion, shrouded in the morning mist.

Shot on iPhone 8 with minimal editing in Snapseed. ”

‘Get Lost‘ by @susanblanda – “This photo was shot and edited with an iphone7plus. The image was created on a foggy morning in Southern California. The diffused lighting of the day helped to create a minimal composition and emphasize a solitary, peaceful mood. I desaturated the image and added the purple tones in post processing using Snapseed and Filterstorm.”

If you are never ALONE you cannot know yourself

‘If you are never ALONE you cannot know yourself‘ by @raahul24

The theme of this week’s photo challenge is ‘Simple Compositions’. For this challenge think about sharing your best smartphone photos that use simple but effective compositions to create a compelling image. Think about images that use negeative space, that are uncluttered, that use vibrant colours, architectural shapes or portraits.

To enter the challenge simply start sharing your best images on the theme of ‘Simple Compositions’ that were taken and edited with a smartphone by using the hashtag #mobiography_challenge_63 on Instagram.