The theme of this weeks photo challenge is ‘Black and White’. For this challenge think about sharing your best smartphone photos that sum up the idea of black and white or contrasts between light and shadow (so not necessarily black and white photos).

To enter the challenge simply start sharing your best images on the theme of ‘Black and White’ that were taken and edited with a smartphone by using the hashtag #mobiography_challenge_149 on Instagram.

Winter evening in the forest

‘Winter evening in the forest‘ by @odinvadim – “As soon as the first snow fell and it froze on the trees and bushes, a fabulous state of nature arose that had to be captured. I went to the old town of Vereya, where there was a pine forest around and went out into a clearing where the lumberjacks had already cut down some of the trees, but some remained untouched. The sun’s rays magically illuminated the tall pine trees, and I had time to capture this state of nature. Already at home, I edited the photo on iPad in Snapseed and iColorama.” 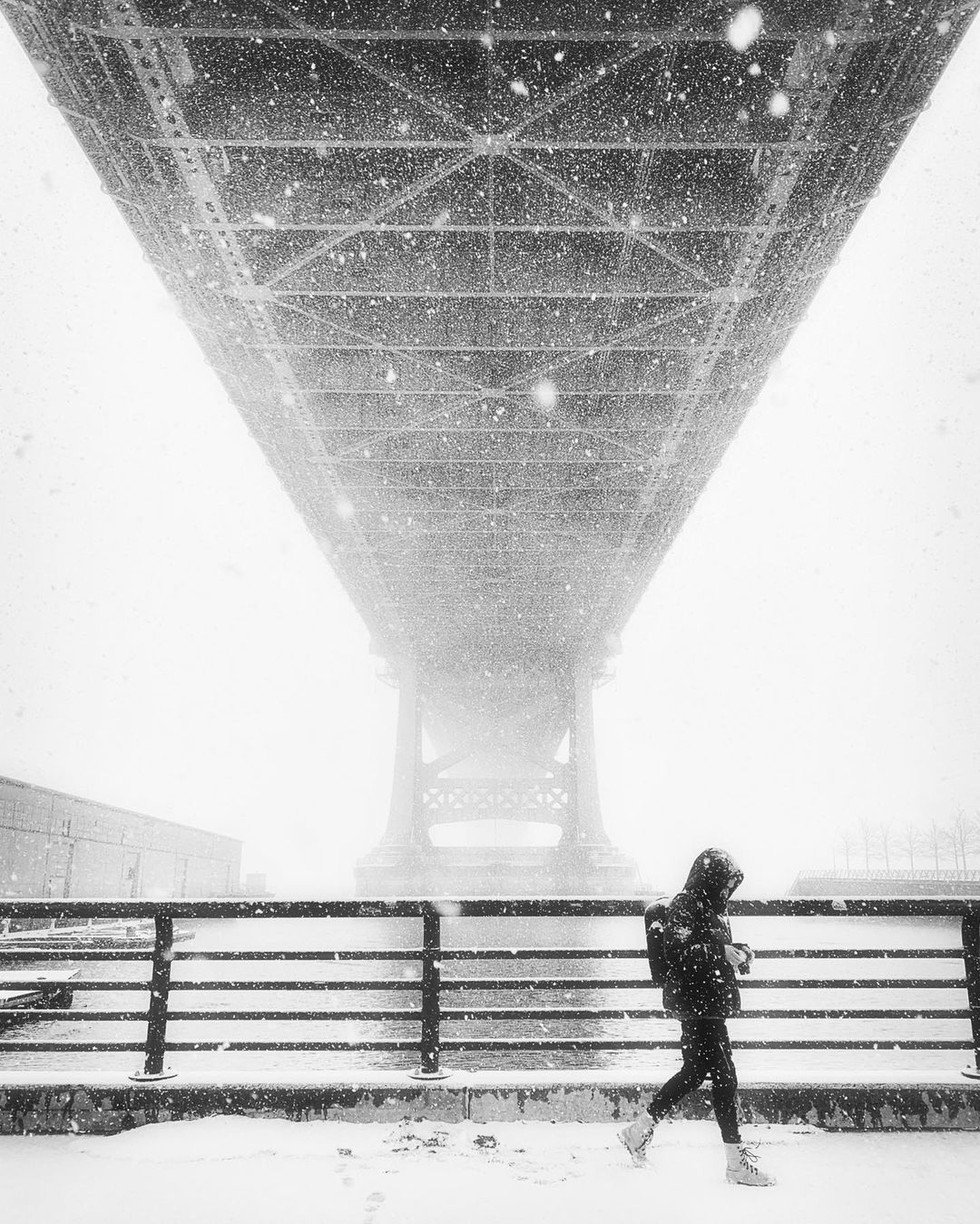 ‘Save yourself‘ by @wolfdogz_ – “This was taken during our biggest snowfall of the season in February 2019. The lone figure you see was the only other person there while I was there (it was pretty damn cold). I took the pic on my iPhone X and used Lightroom mobile and Snapseed in post production. ”

‘A cold hole‘ by @chasread – “Artist Taryn Simon‘s installation at Mass MoCA brilliantly upended climate in a museum gallery, a kind of perpetual winter in summer, in which participants were enlisted to take a plunge in freezing water as viewers watched from an adjacent gallery. Dramatic, memorable, and for participants, freezing cold.

Shot with iPhoneX and edited in Snapseed.”

‘Untitled‘ by @camhaynes22 – “While I was thinking of what to write as a backstory for this snowflake I brought it up with one of my daughters hoping for a little help. I explained to her that I didn’t know what I should say. She said “Really? It’s easy. You saw a snowflake. You took a picture. Mom, you saw something you liked and you just clicked. Period.” I had to laugh because theoretically that’s basically it. I saw something I thought was pretty and I clicked.

With that being said, I will add that my snowflake obsession started when I realized my mobile could pretty much capture what my eyes saw. I’m still amazed that a phone camera can focus on something so teeny tiny. Something that moves so quickly in the breeze. It often melts upon landing or from the heat of my phone and even my own breath yet… if I’m quick enough on the shutter, I can still capture its beauty. Wow!

Captured with Samsung Galaxy S7. I probably used a macro lens to take this photo. Minimal editing was carried out using SnapSeed.” 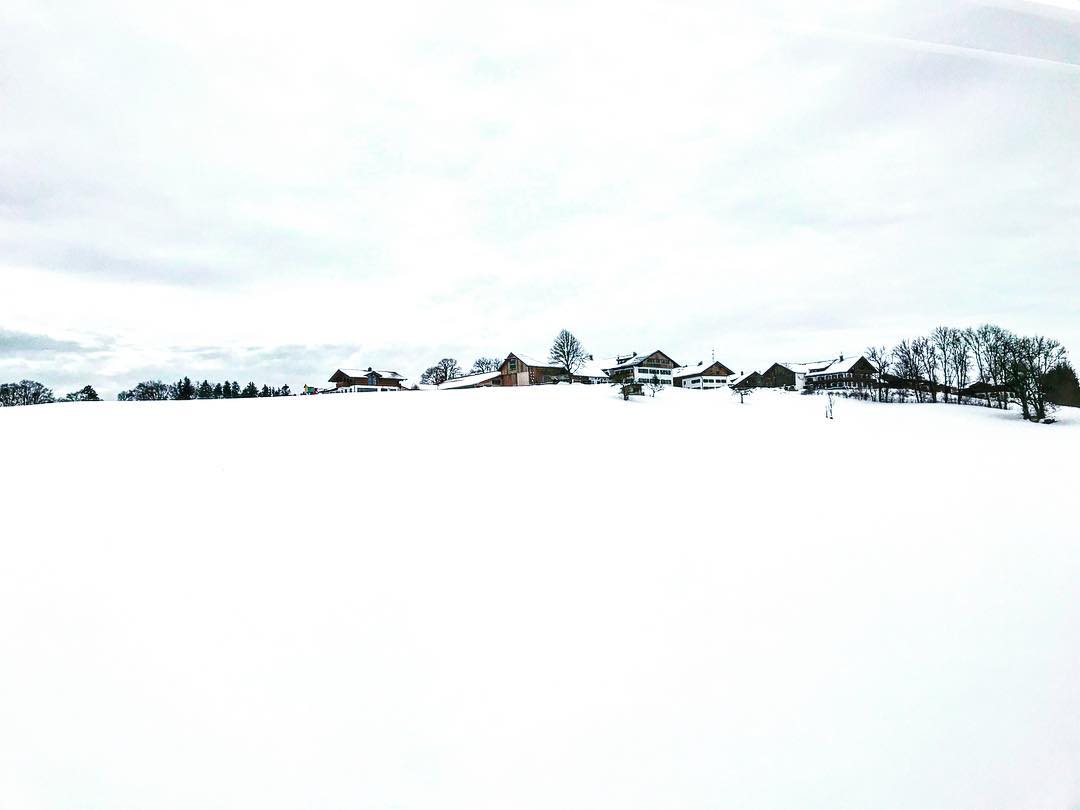 ‘Snow is here!‘ by @echo_hanne – “This picture was taken when I was living in southern Germany close to the Bavarian Alps! It had been snowing for days and we got stuck with the train on this beautiful snow field for hours. I passed my time taking shots of the scenery with my iPhone 7+. This shot turned out to be my favorite as it is almost black and white and shows the typical winter landscape of “nothingness”. I edited it on Instagram by just taking away some saturation. ”

‘Untitled‘ by @magdalena.szurek – “Finally winter came, snow fell and the world turned into a different land. You don’t need much to see this fairy-tale atmosphere. Just take your phone out of your pocket. Basic processing in a telephone application and it’s ready. The place of performance is Poland – Warmia – Olsztyn. I love mobile photography for the fact that we can always be ready to shoot.” 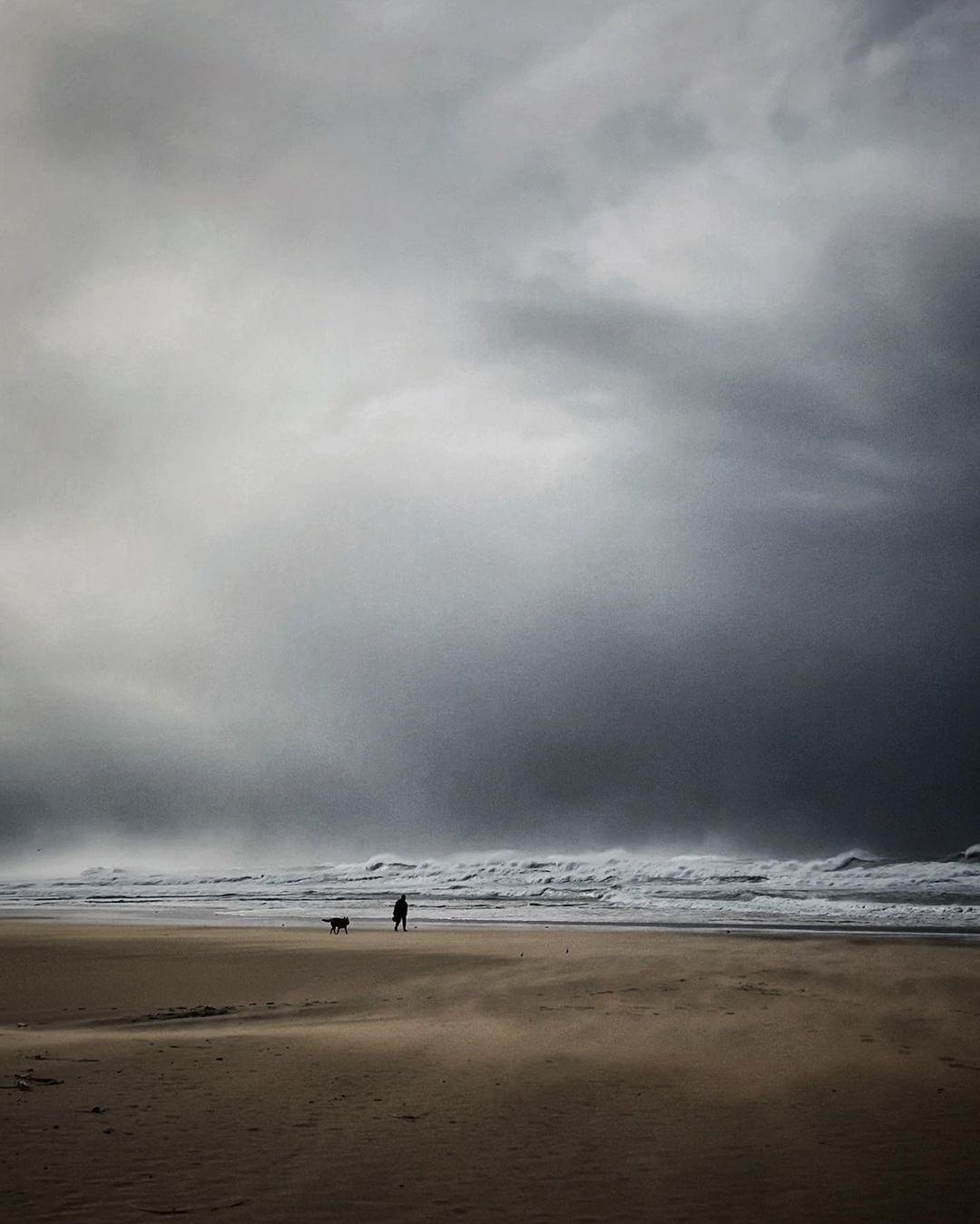 ‘Stormy weather‘ by @alice1280 – “This is a windy winter day. I turned around and noticed the woman and her dog and I thought they would give the picture a sense of scale. As usual I edited it in Snapped app and there are no filters applied. A wonderful weather filled walk!”

All we have is now

‘All we have is now‘ by @miakbh – ” The photography was taken at the Citadel in Copenhagen [Kastellet] one of the first days in January 2021. The Citadel is surrounded by grass green ramparts where people enjoy taking a jog or a stroll. I love to come here and clear my mind as well – and it’s also one of my favorite places do minimal shots.

The sky is high and from a distance people look like little silhouettes – perfect to keep them anonymous but in the same time the presence of their silhouettes adds so much storytelling and gives the viewer an opportunity to make his/her own interpretation of the minimal scenery.”

Lonely barn up on a hill

‘Lonely barn up on a hill‘ by @marta_spencer – “Winter is my favorite season. Whenever I can, I’ll take a drive out to the country to see what I can find. I have the best luck on small dirt roads.

I had passed this beautiful old barn many times while driving along a busy highway 50 miles from my house. The objective was to find a time when I could safely pull over on that road to take some photos. Also, the sky needed to be perfect so it would highlight the barn.

My favorite time to shoot is on a cloudy day so the diffused light can work its magic. So, a quiet cloudy Sunday was the perfect time to photograph the barn. It was early morning so traffic was minimal.

Along with the moody sky, I added the rule of thirds to add some loneliness to the image. This was shot on an iPhone XS. All editing was in the native camera.” 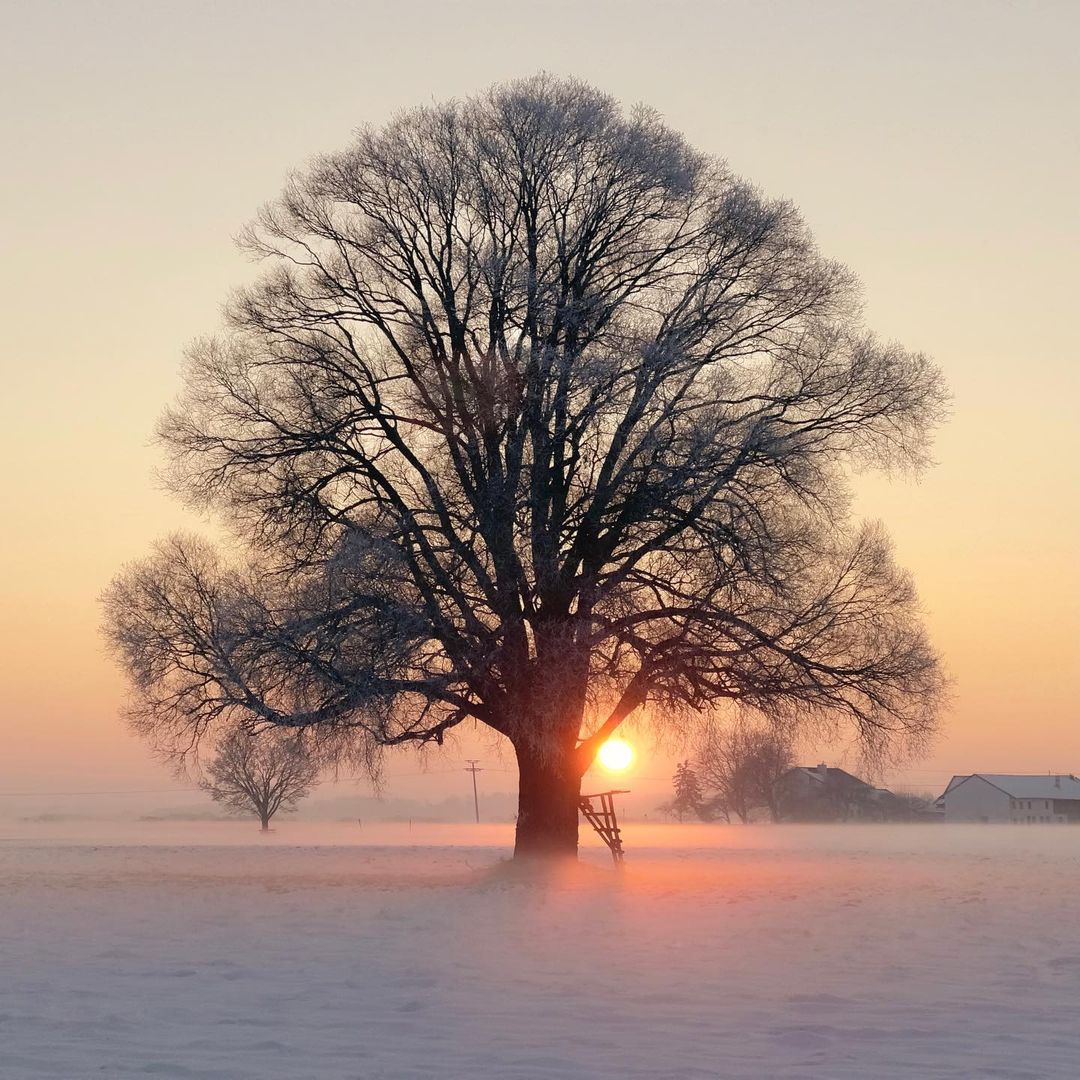 The theme of this weeks photo challenge is ‘Black and White’. For this challenge think about sharing your best smartphone photos that sum up the idea of black and white or contrasts between light and shadow (so not necessarily black and white photos).

To enter the challenge simply start sharing your best images on the theme of ‘Black and White’ that were taken and edited with a smartphone by using the hashtag #mobiography_challenge_149 on Instagram.