The theme for the last Mobiography smartphone photo challenge was ‘Framing’. For this challenge the Mobiography community were asked to share their best mobile photos that capture interesting framing. The community was asked to think about things like silhouette’s in doors or windows, archways created by building or trees, or those created by the lines of dark shadows. Here is a selection of some of the best images that were submitted.

The theme of this week’s photo challenge is ‘Curves & Lines’. For this challenge think about sharing your best mobile photos that capture the beauty of curves and lines – Think arches, spirals, winding roads and pathways, the leading lines of city streets or modern lines of urban architecture.

To enter the challenge simply start sharing your best images on the theme of ‘Curves & Lines’ that were taken and edited with a smartphone by using the hashtag #mobiography_challenge_140 on Instagram.

‘Untitled‘ by @g.vale – “I shot this photo from the tower of the Piagnaro Castle, a fortress built in the 10th century to protect the citizens of Pontremoli (Tuscany, Italy). Its name derives from the “piagne”, sandstone slabs traditionally used in Lunigiana to construct roofs.

I was visiting the castle when I saw this man framed by lights and shadows and, from the top of the fortress, in the middle of nature and history, I felt a little bit lost, just as he seemed to be.

Shot on iPhone 7 and edited in Snapseed.”

‘Always together‘ by @alante30mp – “I took this photo with my Huawei P-Smart and edited it with Snapseed. The picture shows my cousin and her two kids. They handle the ups and downs of life together, a strong team like modern version of Three Musketeers – one for all and all for one”

‘Tiny people‘ by @detailsofberlin – “This ‘bridge’ is actually a subway trail, which is above the ground in the northern suburb Prenzlauer Berg of Berlin. It’s the perfect spot to wait for a pedestrian to walk by. Photo taken with my iPhone and edited in Enlight and VSCO.”

‘Under the umbrella‘ by @dviviano – “Capo d’Orlando, located on the Tyrrhenian coast of Sicily in front of the Aeolian islands, is characterized by about 8km of sea and free beach. The beautiful beach, one of a kind and one of the most beautiful in Italy, is interspersed with a series of breakwaters. These are popular with fishermen and swimmers who enjoy the landscape.

I took this photo just before sunset, when the low sun in front highlights some interesting silhouettes.

The jagged upper umbrella and the irregular breakwaters at the bottom frame and contrast with the linearity of the horizon behind the scene. To accentuate this contrast I used black and white and slightly modified the image with Snapseed enhancing the blacks and shadows.”

‘Framed‘ by @jawdoc2 – “I noticed this colourful wall being reflected off the roof of a parked car. The white area created a fabulous frame for a passerby. I set up the composition using my iPhone 7 Plus, waiting for the right moment to capture the passerby within this ‘white frame’ ”

‘Untitled‘ by @pennijam – “This photo was taken in the newly renovated flagship Hermes store in Sydney’s CBD. The store is located in a heritage listed former banking hall and a key feature of the renovation is an amazing sweeping staircase in the middle of the store. The staircase was constructed by master boat builders and is made out of ash wood and fibreglass. Because of COVID restrictions, the store was very quiet when I visited it so I was able to take many photos of the staircase from different angles – this was taken looking down from the top of the staircase to the bottom floor. The photo was taken on my iPhone 11 Pro Max and edited in Snapseed.”

‘Sunset Swim‘ by @rosiekimages – “Living in a coastal beach town of North San Diego County, California, sunset swims are a regular after work activity. This particular evening, the sunset was intensified by the smoke from fires a little up north in Orange County. As my partner warmed himself and gazed at the sunset after his swim, I saw this opportunity to catch the sun setting in the A frame of his stance. As I began shooting, a man came running down the beach across the frame and I was able to capture him too.

‘descending tones‘ by @chasread – “You can wait for a very long time before someone descends these well-known stairs at the Museum of Modern Art (they’re often blocked off) – on this evening, I was lucky to find this stairwalker squarely in sight., across the wide-open space. The light was an interesting mix of evening daylight (mid-June) and the artificial light of this space – resulting in unusual colors and accentuated by the edit in the VSCO app. ” 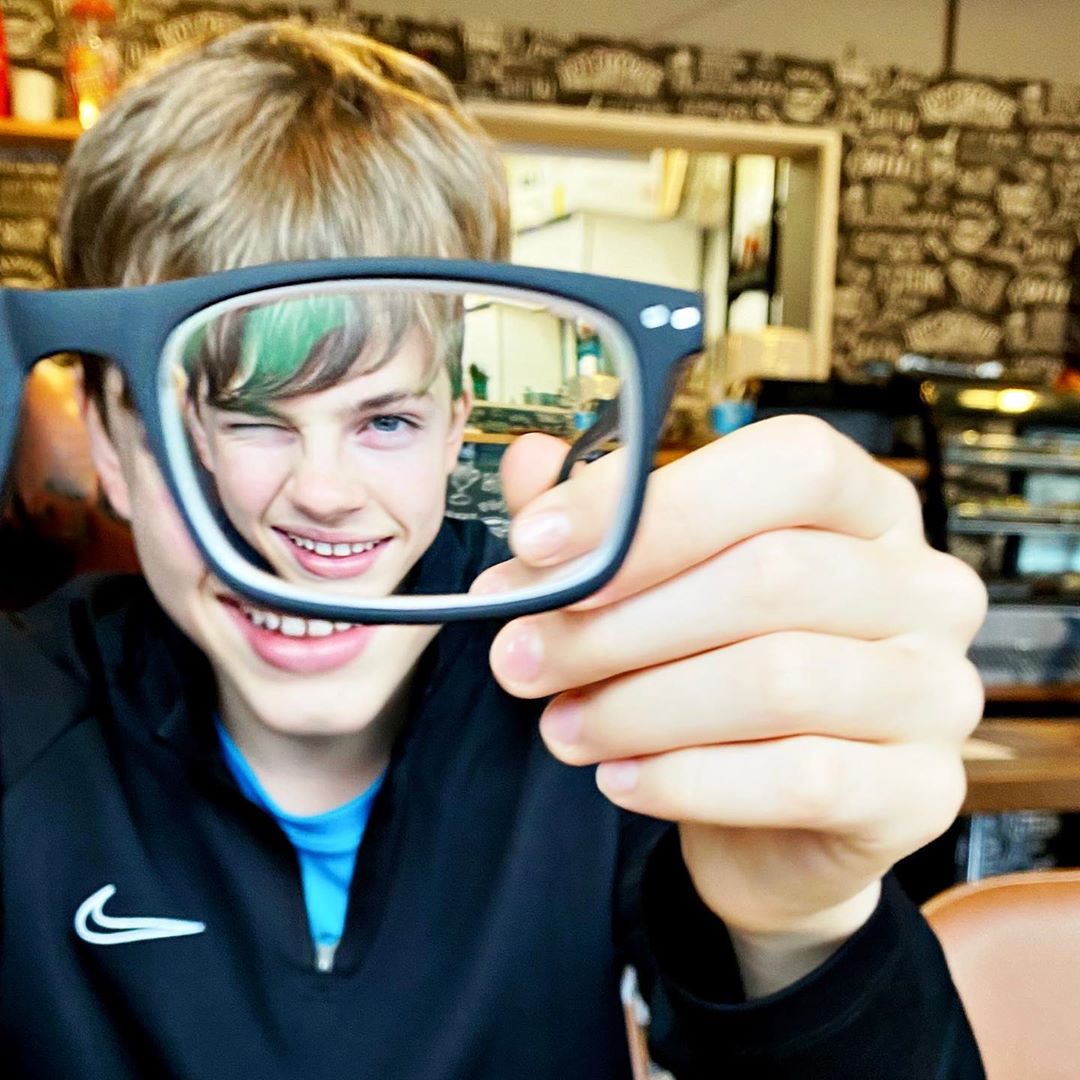 ‘Billy at 2Sardi‘ by @sunflowerof21_365 – “I took this photo of my son while we were waiting for our drinks in a local cafe. The light on his face from the window behind me was great, so I picked up my phone to take a photo. In an attempt to put me off, he took his glasses off and moved them towards my phone. I saw the potential for a better shot and moved quick to get his face framed in the glasses lens. He liked the result.

The theme of this week’s photo challenge is ‘Curves & Lines’. For this challenge think about sharing your best mobile photos that capture the beauty of curves and lines – Think arches, spirals, winding roads and pathways, the leading lines of city streets or modern lines of urban architecture.

To enter the challenge simply start sharing your best images on the theme of ‘Curves & Lines’ that were taken and edited with a smartphone by using the hashtag #mobiography_challenge_140 on Instagram.