For this week’s showcase of mobile photography we look at 10 examples of digital fine art that were created using a smartphone. This week’s selection shows just how creative you can be when you tap into the potential that lies within the plethora of artistic photo apps which are available in the app stores. From Karen Axelrad’s use of slow shutter, iColorama, textures and photoshop to Bobbi McMurry’s layered masterpiece, all images this week illustrate just how creative you can be when you master and combine certain apps.

What will you leave us this time

‘What will you leave us this time‘ by Christine O’Brien – “The face is my own, taken on a recent and seemingly endless political news day, wondering what has become of not only our country, but decorum, decency and kindness in general. That was edited in Snapseed, Mextures Stackables app, and iColorama. The city imagery comes from a shot I took in Boston, edited in iColorama. Both shots were taken on an iPhone 7. The two resulting images were combined in Superimpose to create the final piece. The idea behind placing the city near the mouth reflects my thoughts that day… what we say and do now ultimately impacts not just our lives, but so many future generations. The blue and green colors chosen reflect an earthly kind of image near the hair, depicting my concern for our environment.”

‘Untitled‘ by Erika C. Brothers – “I started using my iphone first for take a lost of photos of my young daughter, for transform this on silhouettes, most of my work are representing for her silhouettes. When I think I have  my  storytelling idea that I want to represent I stared work on superimpose, most of the time my background are Landscape, I combine several pictures for  setup my collage.

I use snapseed to adjust colors and contrast; Stackables and AlienSky are my favorites apps for the final touches.” 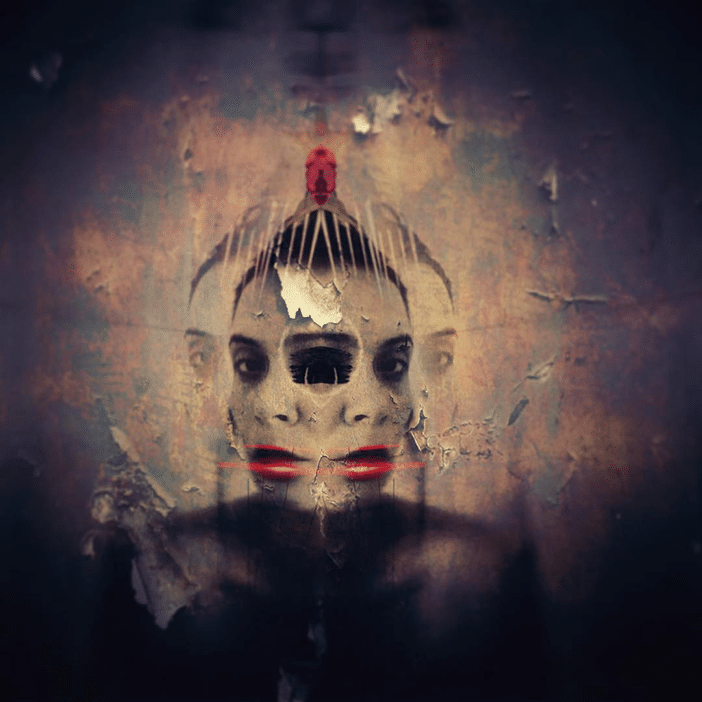 ‘Untitled‘ by Eliza Badoiu – “It all usually begins with taking a random self portrait at a certain moment, of course, the moment of taking it must be associated with the perception of a feeling and mood of my own.

I edited first in Pixelmator where I played with multiplying the face,  I prefer to translate the idea of multiple possible selves and perspectives of knowledge and also the detachment of the persona in search of better grasping the meaning of the moment. Then I went through Pixelmator and traced the shades of red upon the lips for personal reasons, lips always reveal great truth as well  as they may hide, dissimulate the truth. In Stackables I preferred a combo of layers in order to create the final texture of the image that was better articulated in Snapseed in terms of light, shadows and contrast .

All my self portraits deal with the obsession for ones inner absurdity, illogical of the mind and the quest and need to understand who we really are, at times. So, for me it’s more about the meaning inside the frame than the revolutionary and mad fascination for the technique. “ 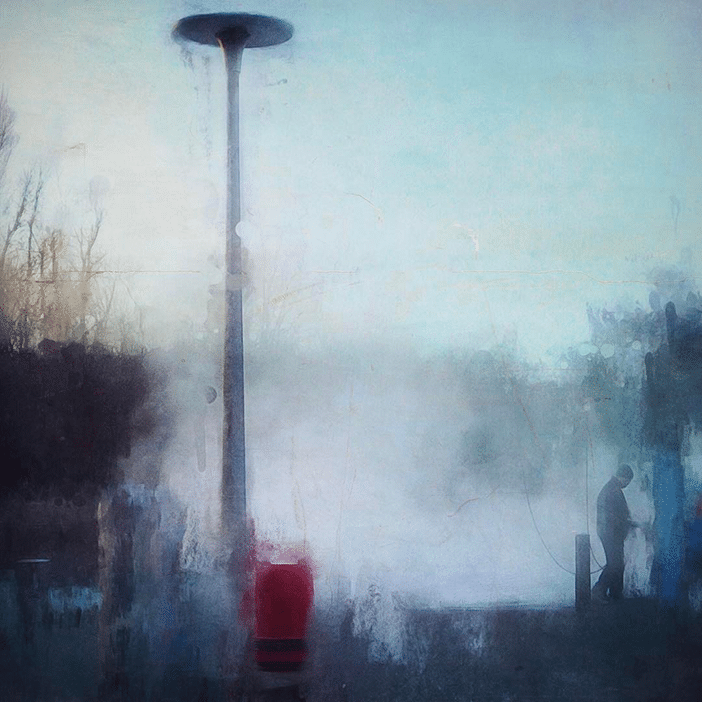 ‘Working day‘ by idieuwke – “Driving past the car wash my eye was caught by the billows of white steam behind the operator. I took the picture and when I started to edit in Snapseed I noticed the image was very busy and messy. I decided to simplify the image in Brushstroke and blur in Repix, then bring back key elements: the man, the steam, the red bin. I finished  in Stackables and VSCO.”

‘She saw me‘ by Ileana Montaño – “This image belongs in a new series I’ve been working on for some months now, which focuses on edited Street Photography. Proposing an impressionistic view that emphasizes the interaction between the subject, it’s environment and the colors, light and motion of its surroundings.

Being this series a more spatial and impersonal one, “She Saw Me” turned out to be a more personal picture, because one of the subjects turned my way, doing direct eye contact with me just at the same time that I took the shot. Fortunately, the look in this lady’s eyes added a nice touch of drama and relevance to the scene.

It was shot with an iPhone 7 and then worked through several apps. I like to experiment with apps that offer blur and slow motion effects. For this edit I used: Snapseed, iColorama S, Union and  Formulas, some of them more than once.”

‘The Red Painting‘ by Karen Axelrad – “This photo was taken at The Broad museum in Los Angeles which provides wonderful backdrops for this type of photo. The blur in the figures was created by using the long exposure app Slow Shutter. The photo was lightly processed in iColorama to intensify the colors and given a bit of texture with Mextures app. I removed the exit sign on the wall and a stand on the floor using Photoshop fix app to simplify the image and keep the emphasis on the figures and the painting.”

‘Untitled‘ by Jay__74 – “The back story behind this photo is a simple one, it was just a random shot while out with the kids. I saw a bit of mist creeping in the tree line so snapped away then did all the editing at home it was all done through Hipstamatic.”

A Path With Heart 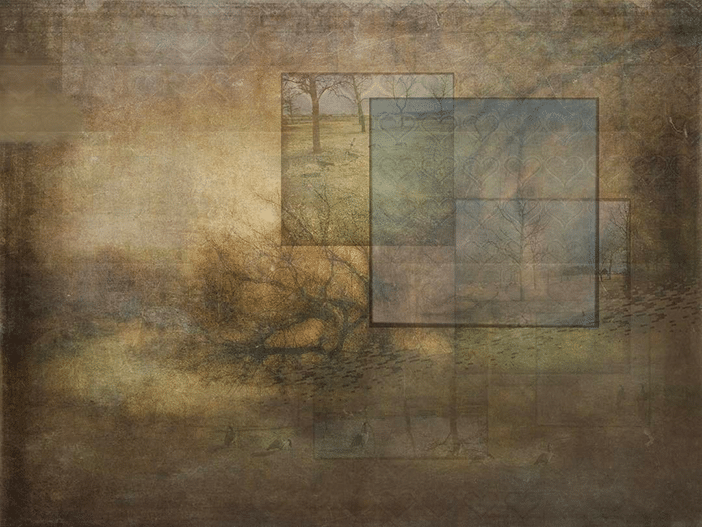 ‘A Path With Heart‘ by Kate Z Roberts – “This image is four photographs blended together. The background landscape was edited in Stackables first. The three other images are color Hipstamatic shots of geese walking in a park. All the blending, color adjusting, and adding in the subtle hearts was done in iColorama. I created this the evening before Valentines Day and was thinking about the need in our society and indeed the world of taking a Path With Heart as an antidote to the chaos and confusion we seem to be living in. Nature is where I go to find peace and is where my heart naturally opens.”

‘Untitled‘ by Bobbi McMurry – “This was created with shot’s I took on a recent trip to Thailand. My husband used to race cars and now one of my sons does as well, so I’ve been around the track for many years. On race day the bigger teams all bring out their “Grid Girls”, who are usually dressed in team colored lycra – and not very much of it! The fans love taking their photos with their arms around the beauties, or sometimes just the girls and the cars. The main character here was a grid girl at Chang Raceway where my son was competing. When I looked at the photos I took of her, she appeared to be a large doll, not a woman – and she seemed so very distant, unattached. Many grid girls really get into their sexy roll amongst the fast cars and proliferation of men, but she didn’t seem to.She was just a beautiful young girl doing a job that like it or not probably paid better than most in that area. Apps used: Art Studio, Stackables, Snapseed, Glitche.”